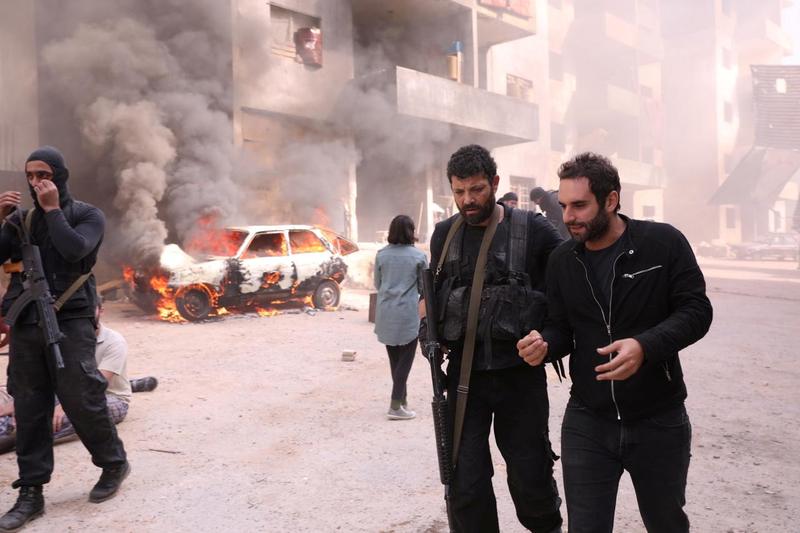 BEIRUT (Reuters) – Many directors would have been devastated when their plans to show their first feature at the Cannes Film Festival were wrecked by the spread of COVID-19.

A view shows Lebanese film maker Jimmy Keyrouz on the set of the movie “Broken keys” in Biakout, Lebanon in this undated handout. Ezekiel Film Production/Handout via REUTERS ATTENTION EDITORS – NO RESALES. NO ARCHIVES. THIS IMAGE HAS BEEN SUPPLIED BY A THIRD PARTY.

But Lebanon’s Jimmy Keyrouz said he took heart from the themes of his movie “Broken Keys”, which tells its own story of finding hope in the midst of disaster.

The film follows a young man called Karim living somewhere in Iraqi and Syrian territory occupied by Islamic State militants and dreaming of escaping to Europe to become a musician.

At the start of the film, the fighters smash up his piano. He then tries to rebuild the instrument to sell it to fund his journey.

“If I was to summarize the spirit of the film in one sentence or saying I would say: ‘Life is not about waiting for the storm to pass – it’s about learning to dance in the rain,’” Keyrouz told Reuters TV.

“I guess it sums up the film pretty well and sums up our situation. You just gotta keep working, keep moving forward.”

Keyrouz said he filmed part of “Broken Keys” in the Iraqi city of Mosul. “We filmed at the last area that ISIS (Islamic State) fought, and even there in some places we smelled … dead bodies under the rubble.”

Cannes chose the film for its 2020 lineup, alongside works by Wes Anderson and other star directors.

But the world’s biggest cinema showcase, usually held in May on the French Riviera, called off its events during the lockdown.

Organizers this month published the list of their 56-film line-up, saying they still wanted to use the festival’s cachet to help promote the movies.

“I can only be very happy and grateful for Cannes to have supported and selected the film, despite not having the festival,” Keyrouz said, adding that he was still hoping to start releasing the film later this year.