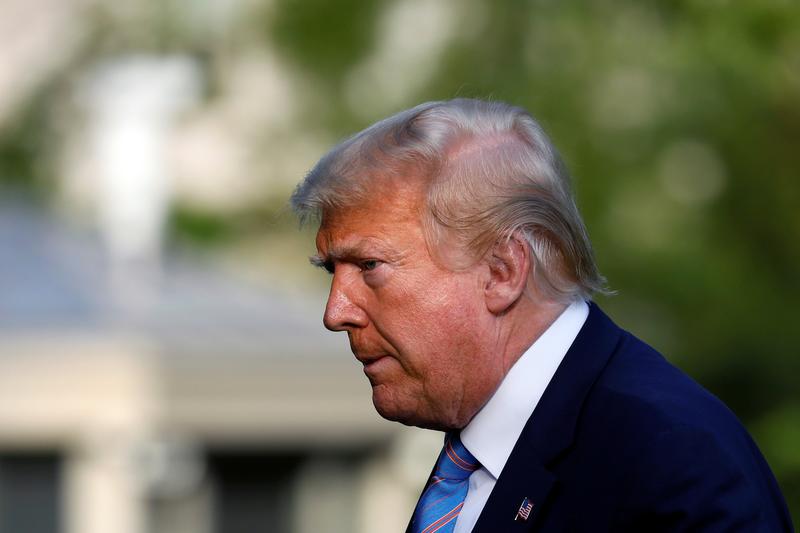 FILE PHOTO: U.S. President Donald Trump walks on the South Lawn of the White House upon his return to Washington, U.S., after a weekend in Bedminster, New Jersey, June 14, 2020. REUTERS/Yuri Gripas

After weeks of protests over the death of George Floyd, a black man who was killed in police custody in Minneapolis, the White House is aiming to provide a policy response to widespread concerns about racial injustice while maintaining Trump’s “law and order” focus going into the November election.

The announcement comes as Democrats and Republicans in Congress are developing reforms of their own, though they differ on specific details. Trump, a Republican, is expected to call for legislation from Congress that he can sign into law.

Trump, in his public comments and on Twitter, has called for crackdowns on protesters and emphasized a forceful and even militaristic response to the social unrest sparked by the death of Floyd and others. Opinion polls show widespread concerns about police brutality.

The order to be signed at the White House at noon (1600 GMT) on Tuesday would encourage police departments to employ the latest standards for use of force, improve information sharing so that officers with poor records are not hired without their backgrounds being known, and add social workers to law enforcement responses to non-violent cases involving drug addiction and homelessness, officials said.

The White House is expected to use the order as a contrast to calls from left-leaning activists to “defund the police” by reimagining or even dismantling police departments.

Leading Democrats, including presumptive presidential nominee former Vice President Joe Biden, have not embraced the such calls, but Republicans have jumped on the issue as a threat to law and order.

“The president is going to take this action to assure the American people that we’re listening,” Vice President Mike Pence said in an interview on Fox News.

“We’re supporting law enforcement. We’re not going to defund the police. Quite the contrary, we’re going to fund new resources to help departments obtain certifications to improve standards for the use of force, improved training on de-escalation. And that’s exactly what the American people want us to do.”