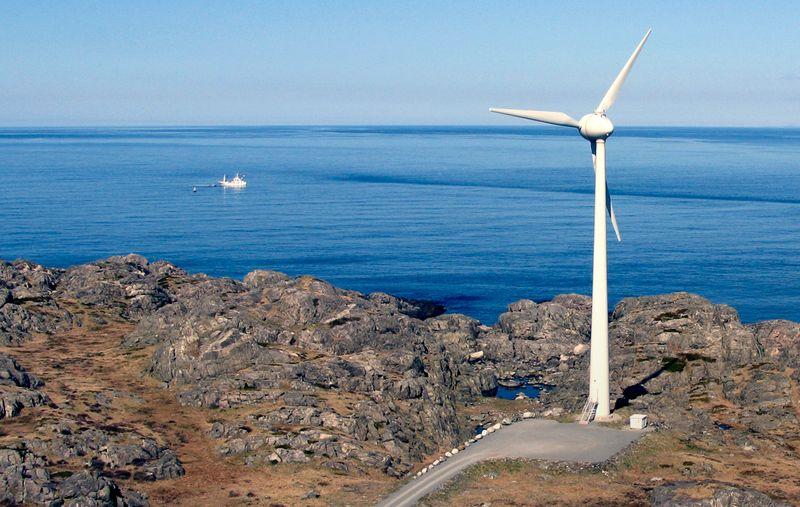 OSLO (Reuters) – Norway has opened two areas for offshore wind power developments in the North Sea, including one along its maritime border with Denmark, the energy ministry said on Friday.

FILE PHOTO: A windmill is seen near the ocean in Utsira, a North Sea island of just 6 square km (2.3 square miles) and home to 210 people who already get most of their power from two onshore windmills, April 22, 2008. Norway’s government is drafting rules for offshore wind generation while top Norwegian oil group StatoilHydro aims to start work next year on a floating windmill project. Picture taken April 22, 2008. REUTERS/Wojciech Moskwa (NORWAY)

Western Europe’s largest oil and gas producer generates most of its electricity from hydropower and normally has a surplus, but wants to develop offshore wind to make room for more industry as well as exports.

“In the immediate future the market will be in other countries, but if the costs for offshore wind power continue to fall it could also become competitive in Norway,” she added.

The decision to open new areas means that developers could apply for project licenses, with the two areas offering a possibility to develop up to 4,500 megawatt of capacity, the ministry said.

One area of 1,000 square kilometers, Utsira Nord, is located northwest of Stavanger, and is seen as suited for floating wind power.

The other area, some 2,590 square kilometers known as Soerlige Nordsjoe II, bordering the Danish sector of the North Sea, is suitable for bottom-fixed wind power turbines.

The ministry, however, has decided against opening an area for offshore wind outside Hammerfest in Arctic northern Norway, due to opposition from fishermen.

In April, Norway approved a project by Equinor and its partners to build a floating offshore wind power park to supply electricity to several oil and gas platforms from the end of 2022.[nL8N2BW4G3]

The 88 MW project could help to reduce CO2 emission by up to 200,000 tonnes per year by replacing electricity generated by gas power turbines, Equinor has said.