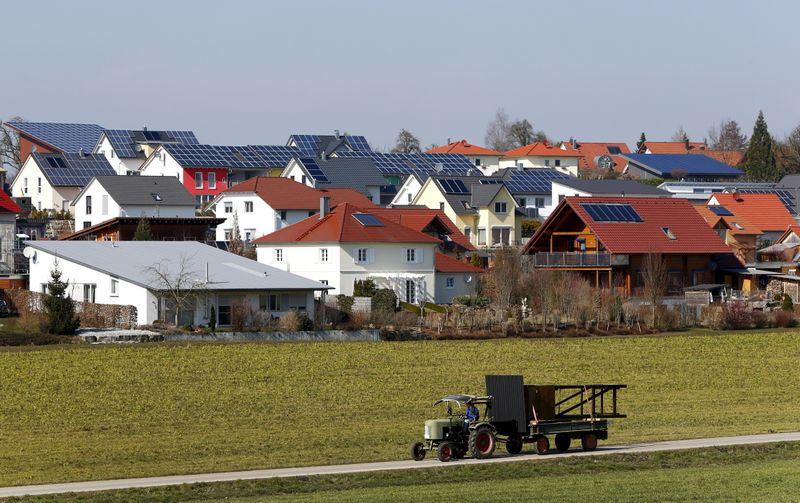 FRANKFURT (Reuters) – Germany is set to seal deals to remove two stumbling blocks to Berlin hitting its target for green energy to reach 65% of production by 2030, documents seen by Reuters on Friday show.

Chancellor Angela Merkel’s government has made renewable energy a pillar of Germany’s post-coronavirus economic recovery plans and Berlin is stepping up the pace ahead of the country’s parliamentary summer break and its European Union presidency.

A draft of an addendum to a law on energy in buildings shows the removal of a solar capacity cap of 52 gigawatts (GW) and a general rule to build wind turbines 1,000 meters away from homes are set to be passed at a June 18 cabinet meeting.

The factors had contributed to concerns among investors in solar energy as the cap was fast being approached, as well as a sharp fall in the building of onshore wind power.

The draft show that the final decision on the minimum distance between homes and turbines will be left up to Germany’s 16 state governments, unblocking a stalemate.

Germany submitted a 10-year energy and climate plan to the EU on Thursday, as well as approving a hydrogen strategy and cutting consumer bills in support of renewable subsidies.