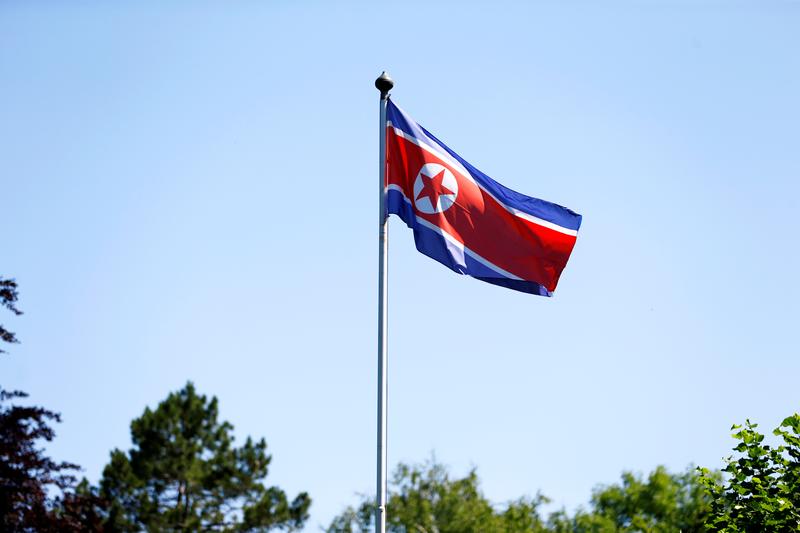 SEOUL (Reuters) – North Korea fired at least one unidentified projectile into the ocean off its east coast, South Korea’s Joint Chiefs of Staff said on Sunday, with Japan’s Ministry of Defense reporting that it appeared to be a ballistic missile.

The ministry said that the missile did not land in Japanese territory or its exclusive economic zone.

“We will continue to do our utmost to collect, analyze, and monitor information,” the ministry said in a statement on Twitter.

If confirmed as a ballistic missile, it would be the fourth such launch this month as North Korean troops conduct ongoing military drills, usually personally overseen by leader Kim Jong Un.

The last test launch was on March 21. Based on photographs released by North Korean state media, analysts identified those weapons as KN-24 short-range ballistic missiles.

United Nations Security Council resolutions bar North Korea from testing ballistic missiles, and the country has been heavily sanctioned over its missile and nuclear weapons programs.

This month’s military drills have been conducted despite a border lockdown and quarantine measures imposed in North Korea in an effort to prevent an outbreak of the new coronavirus.

The politically and economically isolated country has not reported any confirmed cases, though some foreign experts have raised doubts over that.

In military drills at the beginning of the month, North Korean soldiers around Kim Jong Un were seen wearing protective face masks, but in photos of the March 21 drill, those masks were gone.