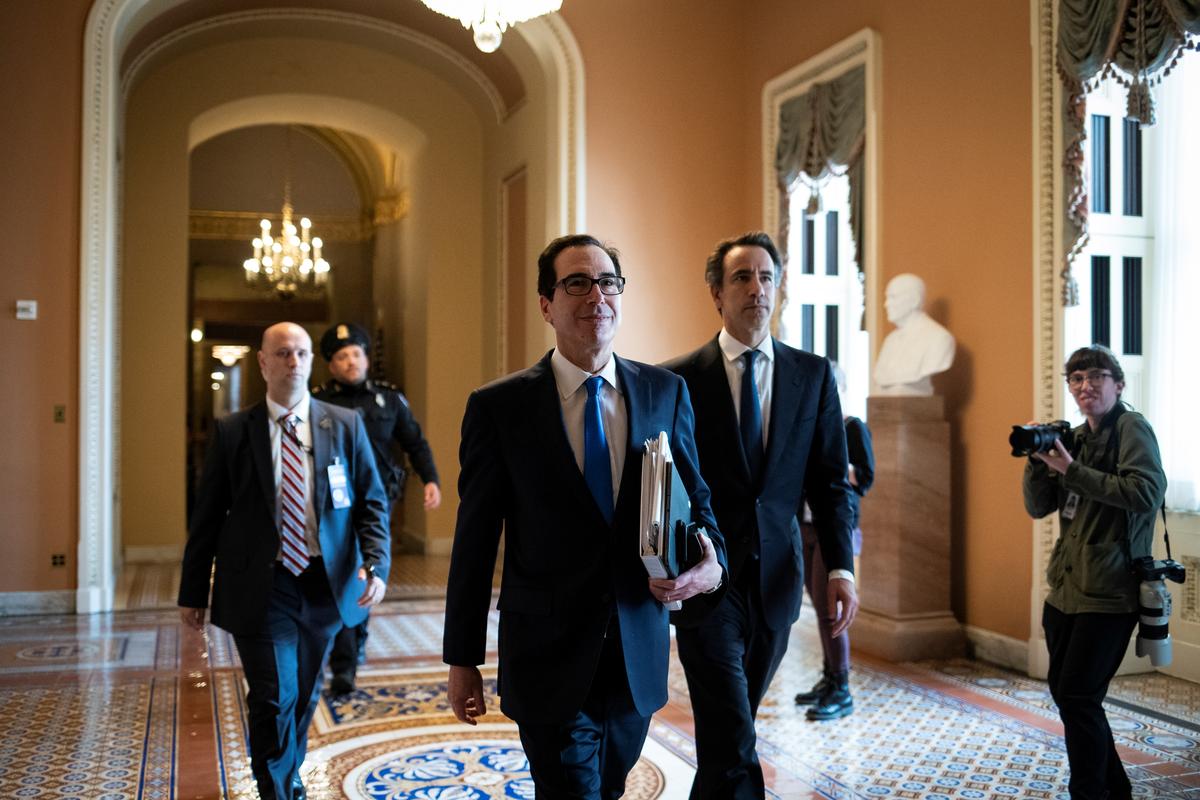 “We have a deal,” Ueland told reporters after days of negotiations on the package, expected to be worth $2 trillion.

The Senate’s Republican majority leader, Mitch McConnell, was expected to speak on the Senate floor shortly about the agreement.

The text of the pact was not expected to be available until later on Wednesday.

The package had been expected to include a $500 billion fund to help hard-hit industries and a comparable amount for direct payments of up to $3,000 to millions of U.S. families, as well as $350 billion for small-business loans, $250 billion for expanded unemployment aid and $75 billion for hospitals.

It aims to cushion the economic blow from a pandemic that has killed more than 660 people in the United States and sickened more than 50,000, shuttered thousands of businesses, thrown millions out of work and led states to order 100 million people – nearly a third of the population – to stay at home.

The money at stake in the stimulus legislation exceeds what the U.S. government spends on national defense, scientific research, highway construction and other discretionary programs.

Stocks slide, on pace for worst quarter since 2008
Mother of invention: the new gadgets dreamt up to fight coronavirus
Bananas, baseball and headaches – counting the cost of Tokyo’s Olympic delay
Astronomers spot ‘missing link’ black hole – not too big and not too small
Goats in a ghost town – animals take over deserted Welsh resort