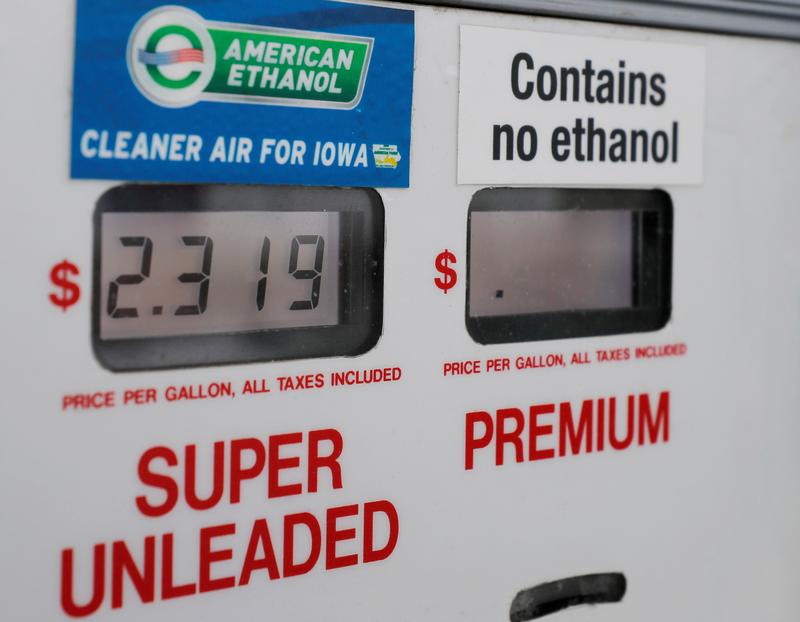 (Reuters) – Time has run out for the U.S. Environmental Protection Agency to challenge a federal court ruling that would limit the agency’s use of waivers exempting small oil refineries from the country’s biofuels regulations.

FILE PHOTO: Choices at the gas pump including ethanol or no ethanol gas are seen in Des Moines, Iowa, U.S., January 29, 2020. REUTERS/Brian Snyder

The EPA had until the end of March 24 to file a challenge, but by early March 25, no such filing had been entered, according to a Reuters review of the case docket though the U.S. government’s electronic public access service for court records.

A decision by the administration of President Donald Trump not to appeal the ruling would mark a big win for the U.S. corn lobby and a blow to the oil industry.

Oil refiners say the waivers have been crucial to keeping small refineries in business, but the agriculture industry believes they have been over used and have cut into demand for corn-based ethanol.

Under the U.S. Renewable Fuel Standard, refiners are required to blend billions of gallons of ethanol into their gasoline every year, a boon for corn farmers. But the EPA can give out waivers to small facilities that prove that compliance would put them in financial straits.

The waiver program was cast into question in January after the 10th Circuit Court of Appeals ruled that the Trump administration had been too free with the waivers and set a standard for the exemptions that would greatly reduce the numbers of waivers the EPA can give out in the future.

The EPA has been considering its response since.

EPA and White House officials did not comment on the issue on Wednesday.

Sources told Reuters earlier this month that the Trump administration was likely to adhere to the ruling and apply it nationally.

The agency, meanwhile, was discussing the possibility of other measures to ease the financial burden on refiners, including instituting a cap or other restrictions on the price of biofuel blending credits that they must acquire to show compliance with the RFS, the sources said.