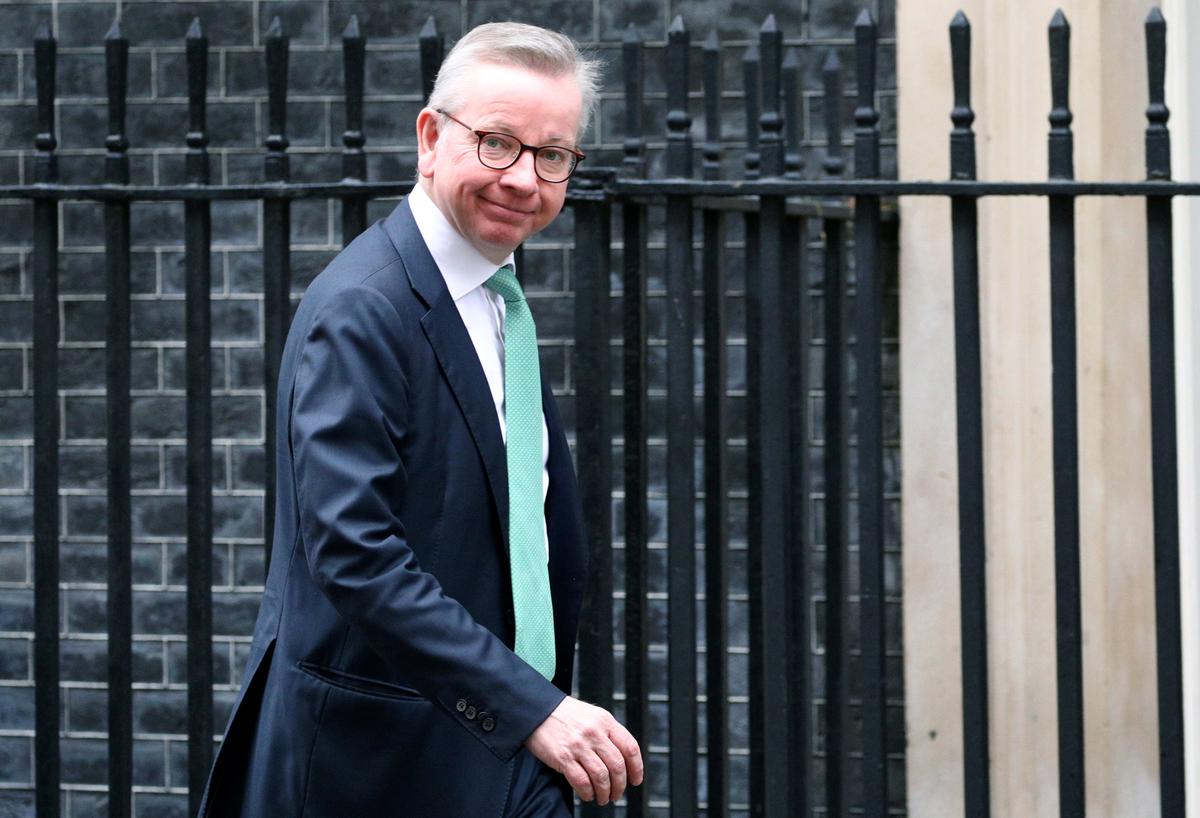 LONDON (Reuters) – The minister tasked with explaining lockdown to Britons sowed more confusion on Tuesday as he contradicted himself on children moving between households, was unclear about the status of construction sites and said toy and clothes deliveries could carry on.

Prime Minister Boris Johnson ratcheted up Britain’s attempt to slow the spread of coronavirus on Monday, announcing strict curbs on ordinary life. He ordered people to stay at home, shops to close and all non-essential interaction to halt.

Senior minister Michael Gove appeared on radio and television shows on Tuesday to say people “wherever possible” should stay at home to try to prevent the state-run NHS health service being overwhelmed.

But when asked if people could order toys and clothes online and have them delivered, requiring work by distribution center workers and drivers, Gove said: “yes”.

The government’s restrictions say that people should only travel to work when “absolutely necessary”.

Gove had to correct the advice he gave on air about whether children of separated parents could move from one household to the other, initially saying it should stop but then saying it was allowed.

Major construction work could also continue, he said, but work in homes that involved “intimate contact” with the householder would not be appropriate, he told ITV, adding that the rules were “clear”.

Photographs on Tuesday showed builders congregating at sites such as housing developments.

“Construction work that takes place in the open air on new sites, that is appropriate,” Gove said.

Rebecca Long-Bailey, a candidate to be leader the opposition Labour Party, said the government urgently needed to provide more clarity, including a tightly defined list of workplaces.

FILE PHOTO: Britain’s Chancellor of the Duchy of Lancaster Michael Gove is seen outside Downing Street in London, Britain, March 2, 2020. REUTERS/Tom Nicholson NO RESALES. NO ARCHIVES

When asked about people who did not do an essential job, but whose employer insisted they went to work, Gove said: “Wherever people can work from home, they should.”

Britain has lagged other European countries in introducing strict curbs on ordinary life.

Italy, where more people have died as a result of the epidemic than anywhere else, ordered the closure of all industrial production and almost all private and public offices on Sunday.