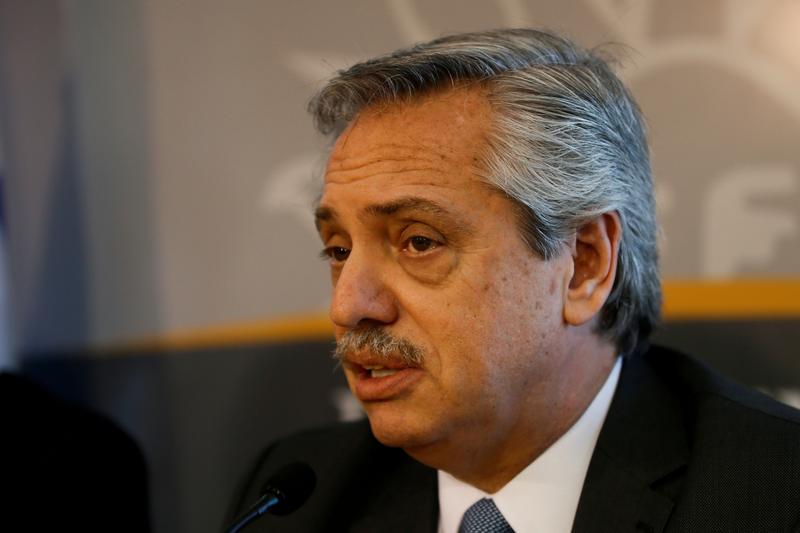 BUENOS AIRES (Reuters) – Argentina raised farm export taxes, the country’s main source of foreign exchange, with a decree on Saturday aimed at increasing government revenue ahead of restructuring talks on about $100 billion in sovereign bonds and loans.

With the cash-strapped government facing significant debt maturities in 2020, farmers had been expecting an increase in export taxes on crops such as soybeans, wheat and corn. Growers, already harried by high financing costs in the inflation-racked country, where the benchmark interest rate is at 63%, had been dreading the expected increase in grains export taxes.

“Given the serious situation that public finances are going through, urgent adoption is necessary to meet, at least partially, budget expenditures with new resources,” the decree stated.

Reuters contacted representatives of the ministries of economy and agriculture to obtain details of the measure, but the officials declined to comment on the technicalities of the decree, which said the tax on corn and wheat of 4 pesos per export dollar would no longer be in effect.

The government office that registers grains exports will be closed on Monday while the new tax structure is put in place.

“I understand that there was an increase in grains export taxes. What we do not know is in what magnitude because there are several ways to make the formulas. The decree is not clear,” Carlos Iannizzotto, head of Coninagro, one of Argentina’s main farm groups, told Reuters.

“It fills us with questions because in a context of no economic growth and high inflation, a measure like this is out of order,” he said. “It is not a good start.”

Argentina is the world’s No. 3 corn and soybean exporter as well as its top supplier of soymeal livestock feed.

The country’s new agriculture minister, former left-leaning congressman Luis Basterra, was sworn in on Tuesday after Peronist President Alberto Fernandez was inaugurated to replace free-markets advocate Mauricio Macri, who failed to win re-election due to the unpopularity of his tight fiscal policies.

Basterra’s appointment was met with some scepticism by farmers worried about increased state intervention in the markets under the new Peronist administration.

Chief among farmers’ concerns has been the threat of grains export tax increases needed to close the country’s fiscal gap.

The drive to increase tax revenue was sanctioned under a $57 billion standby loan deal that Macri signed with the International Monetary Fund calling for Argentina to wipe out its primary fiscal deficit.

Fernandez says the IMF deal will have to be reworked while his government heads into bond restructuring talks.