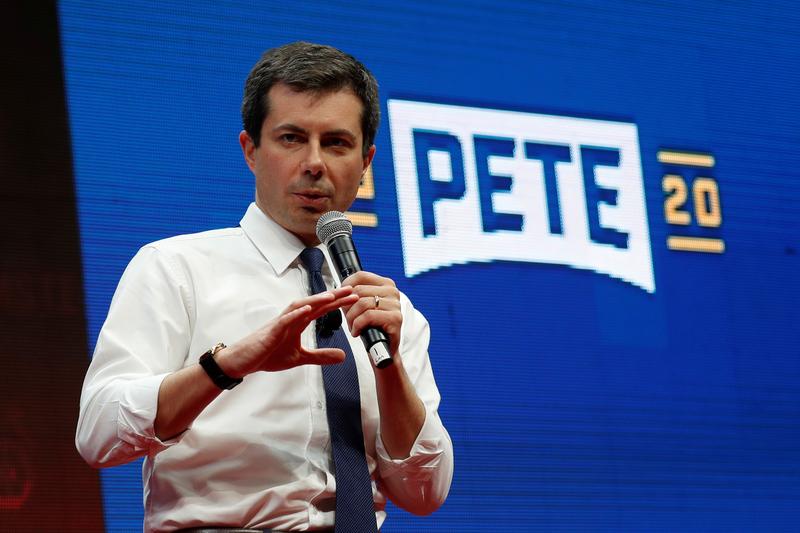 Warren, who has focused her presidential campaign on combating Washington corruption, has in recent days called on Buttigieg to allow media coverage of his private fundraising events and to disclose details about his past work at the consultancy company McKinsey.

Buttigieg’s fundraising events will be opened to the press beginning on Tuesday and a list of campaign fundraisers will be released within the week, his campaign manager, Mike Schmuhl, said in a statement.

“Our campaign strives to be the most transparent in the field,” Schmuhl said.

Buttigieg, the 37-year-old mayor of South Bend, Indiana, and Warren, a U.S. senator from Massachusetts, are among 15 candidates vying for the Democratic nomination to face Republican President Donald Trump in the November 2020 election.

On Friday, Buttigieg called on McKinsey to release him from a confidentiality agreement about his work there spanning four years before he entered politics.

“After receiving permission from the relevant clients, we have informed Mayor Buttigieg that he may disclose the identity of the clients he served while at McKinsey from 2007 to 2010,” McKinsey said in an emailed statement.

Buttigieg was still not authorized to give details that were confidential, proprietary or that contained classified information, the statement added.

Buttigieg campaign adviser Lis Smith said on Twitter that the campaign would be issuing a list of clients soon.

Warren, 70, does not hold big-ticket fundraisers, and largely accepts only small, online donations. But Buttigieg has pressed her to release older tax documents detailing her corporate legal work.

She had already put out 11 years of tax returns in April. On Sunday, she disclosed more information, showing nearly $2 million in compensation from dozens of clients over the decades. She took some cases on a pro-bono basis.

A Reuters/Ipsos opinion poll on Thursday showed that support for Warren dropped nationally to its lowest level in four months, as she came under attack over her proposal to extend government-paid healthcare to all Americans, deemed too costly by her rivals for the nomination.

By contrast, Buttigieg has surged into the lead in recent polls from Iowa, which kicks off the Democratic nominating contests on Feb. 3, although Warren is still among the leading candidates there.

Warren and U.S. Senator Bernie Sanders of Vermont have disavowed outside support from super PAC high-dollar donation groups during the primary campaign and have both railed against the influence of money in politics.

Under federal law, super PACs can raise and spend unlimited amounts of money, unlike candidates, but cannot coordinate their efforts with a candidate’s campaign

Former Vice President Joe Biden, another leading candidate, has committed to allowing press into fundraising events. Initially opposed to super PAC money, his campaign in October softened its stance in the face of a fundraising shortfall.

Trump has not sworn off super PAC donations.