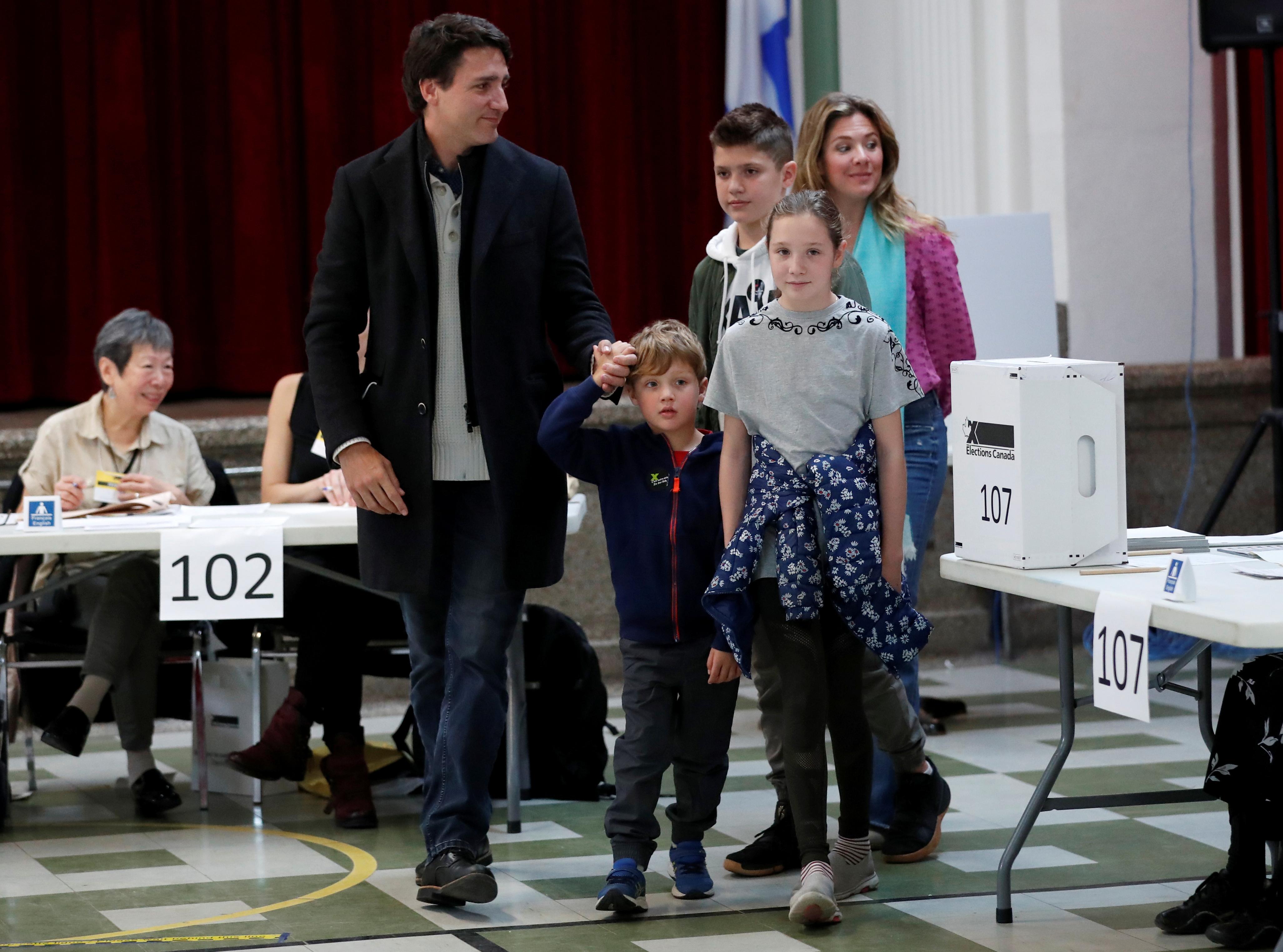 The Liberals were leading or elected in 146 out of 304 electoral districts that had reported results by about 10:30 p.m. EDT (0230 GMT on Tuesday), the CBC said. Trudeau needed to win 170 seats to secure a second majority government.

A minority government in the 338-seat House of Commons would leave Trudeau in a weakened position and needing the support of left-leaning opposition parties to push through key pieces of legislation.

Ahead of the vote, polls showed a neck-and-neck race across the country as Trudeau, who took power as a charismatic figure promising “sunny ways,” battled Conservative leader Andrew Scheer for the chance to form the next government.

Trudeau, 47, the Liberal Party leader, was endorsed by former U.S. President Barack Obama in the final stretch of the campaign and is viewed as one of the last remaining progressive leaders among the world’s major democracies.

But he was shaken during the campaign by a blackface scandal and has been dogged by criticism of his handling of a corruption case involving a major Canadian construction company. Trudeau, the son of the late Liberal Prime Minister Pierre Trudeau, has also had to overcome a sense of fatigue with his government.

Trudeau, accompanied by his family, voted in Montreal on Monday after a marathon sprint campaigning across the country in the past four days. Scheer voted in his Saskatchewan electoral district.

On Twitter, Trudeau repeatedly urged people to get out and vote. Voter turnout is crucial for the Liberals, who privately fear low engagement will affect them more than the Conservatives.

“(A minority government) would force people to talk to each other, which is what we need,” said Naomi Higgins, a 25-year-old voter in Toronto who supported the Liberals four years ago but switched to the Greens in this election. “We need to … start doing what’s best for everyone instead of what makes one party or the other look best.”

Liberal campaign strategists say four members of Trudeau’s Cabinet could lose their parliamentary seats, including Public Safety Minister Ralph Goodale, a veteran member of parliament who is seen as one of the government’s heavyweights.

Goodale, 70, is the only Liberal member of parliament from the western province of Saskatchewan, where anger at Trudeau is mounting over federal environmental policies that the energy industry says will harm output.

The oil industry’s top lobbying group has blamed Trudeau’s policies for throttling investment in the sector, and some global energy companies have shed assets in the oil sands region of Alberta, the country’s main oil-producing province.

Canada’s economy, however, has been on a general upswing in 2019. The Canadian dollar has been the best-performing G10 currency this year, rising more than 4% against its U.S. counterpart, as the economy added jobs at a robust pace and inflation stayed closed to the Bank of Canada’s 2% target.