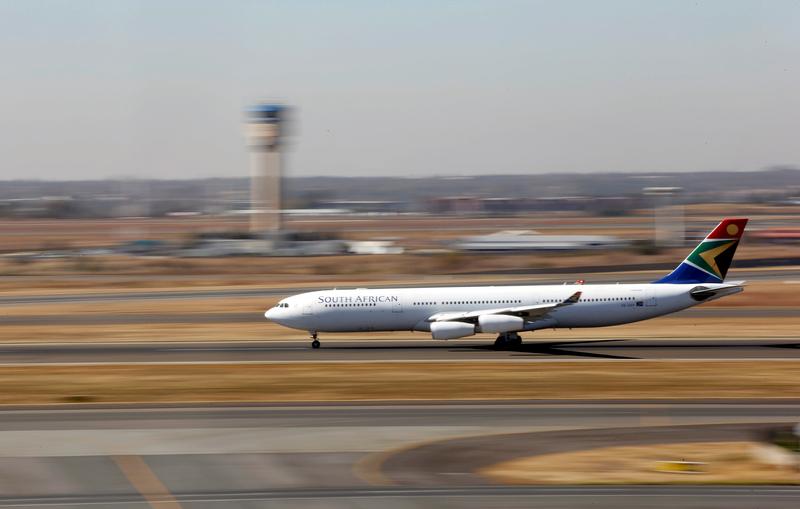 The South African Civil Aviation Authority (SACAA) said it had inspected a few aircraft at South African Airways Technical and issued a prohibition order until the faults had been fixed.

It did not disclose what the faults were or which aircraft type was affected, citing confidentiality agreements.

The regulator said it had accepted a corrective action plan by SAA’s maintenance unit and that SAA and Comair’s decision to “self-ground” some aircraft was a precautionary measure.

“SAA understands that the inspection conducted by SACAA was in accordance with its regulations and a necessary exercise to ensure compliance and safety,” said cash-strapped SAA, which is dependent on government bailouts for its survival.

SAA said in a statement it had canceled four domestic flights but that it would combine flights and deploy bigger aircraft to accommodate affected passengers. It did not specify how many aircraft it had recalled.

SAA spokesman Tlali Tlali said no international flights had been affected and would depart normally from Johannesburg’s OR Tambo airport on Tuesday evening.

Mango Airlines said there would be some delays on flights throughout Tuesday.

Comair, which flies under both the British Airways and kulula.com brands in southern Africa, said that as of 10:15 a.m. local time (0815 GMT) a third of its services had been affected.

It said corrective action was needed on some of its aircraft and that it expected its full fleet to be back in operation by Wednesday morning.

At 1000 GMT kulula.com’s website showed that eight domestic flights had been rescheduled, one under the kulula.com brand and seven under the British Airways brand. Comair operates Boeing aircraft.