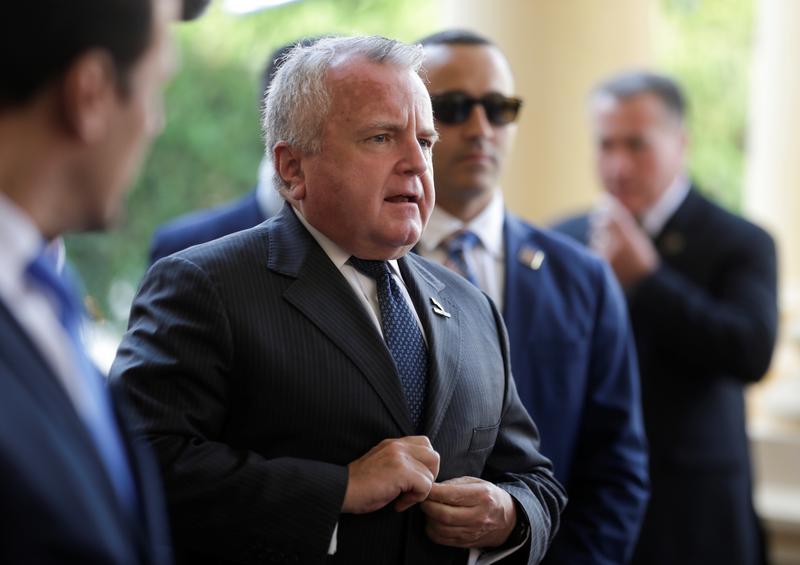 (Reuters) – U.S. President Donald Trump said on Friday he will nominate U.S. Deputy Secretary of State John Sullivan to be the U.S. ambassador to Russia.

If confirmed by the Senate, Sullivan would be the top U.S. diplomat in Russia at a particularly challenging time for Trump’s presidency, which is facing an impeachment inquiry after Trump pressed Ukrainian President Volodymyr Zelenskiy to investigate his domestic political rival, former Vice President Joe Biden.

Trump had said in August he was considering Sullivan for the envoy job. Sullivan had also been under consideration to be Trump’s national security adviser, a role that ultimately ended up going to Robert O’Brien, the former U.S. special envoy for hostage affairs.

Sullivan will replace Jon Huntsman, who resigned in August after two years in the post, amid speculation that he will run for Utah governor.

Sullivan has been a career U.S. diplomat since 1990, with posts in Ukraine, the U.S. mission to the European Union, South Korea and Honduras.

Moscow has come under fire from Washington most recently because U.S. intelligence agencies concluded that Russia interfered in the 2016 presidential elections. Russia has denied wrongdoing.