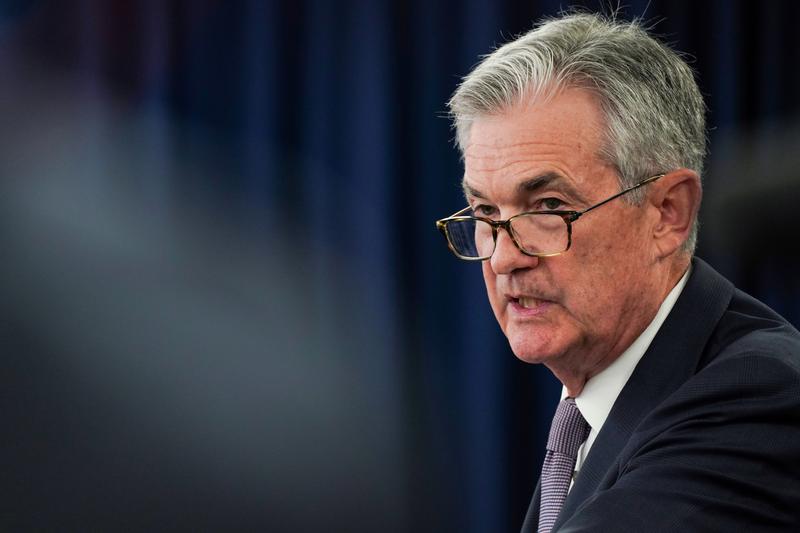 DENVER (Reuters) – Federal Reserve chairman Jerome Powell on Tuesday flagged openness to further rate cuts amid global economic risks, and said the time to allow the Fed’s asset holdings to begin to expand again “is now upon us” in order to ensure money markets function smoothly.

Recent volatility in U.S. short-term funding markets raised concern that the Fed had allowed its balance sheet to become too small, leaving banks with an inadequate supply of reserves to manage occasional periods of high demand.

Powell said the Fed would “soon announce measures to add to the supply of reserves over time.”

The Fed had been shrinking its balance sheet in recent months as it unwound crisis-era bond buying programs. The fact that it will begin growing again should not be read as an effort to stimulate the economy, Powell said, but rather to meet the public’s demand for cash, bank demand for reserves and to carry out other core Fed functions.

Markets have been waiting for the Fed to decide what permanent policies it might put in place to avoid the sort of disruption that occurred recently, when reserve shortages pushed the target federal funds rate to the top of the range set by the central bank – a situation that could disrupt the Fed’s goals for monetary policy if it became a regular feature of financial markets.

In his comments here to the National Association of Business Economists, Powell did not commit to further rate cuts, and noted that the economic outlook remained “favorable” and continued growth “most likely.” But he noted that over the course of the past year central bank officials “have shifted our views about appropriate monetary policy toward a lower path for the federal funds rate,” and already reduced rates by half a percentage point.

Those steps “are providing support for the outlook,” Powell said. But he repeated that as global risks evolve the Fed would move “as appropriate” to keep the decade-old expansion under way.

“We will be data dependent, assessing the outlook and risks to the outlook on a meeting-by-meeting basis. Taking all that into account, we will act as appropriate,” Powell said. “Looking ahead, policy is not on a preset course.”

At the Fed’s last meeting 7 of 17 policymakers indicated they felt rates would likely need to be reduced by another quarter of a percentage point by the end of the year, and markets have priced in such a move.