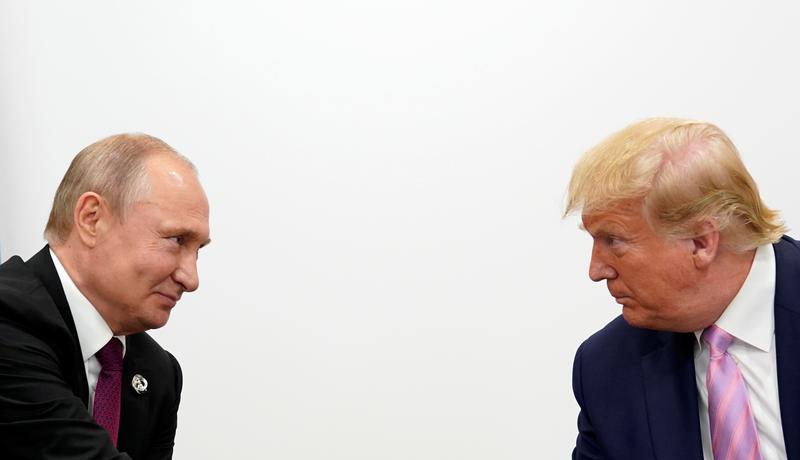 Trump’s calls with foreign leaders have come into sharper media focus since his opponents in the House of Representatives launched a formal impeachment inquiry alleging that he pressed Ukrainian President Volodymyr Zelenskiy to investigate Joe Biden, one of Trump’s political rivals.

According to the Oct. 4 Washington Post report, in one of his first calls with a foreign leader after becoming U.S. president in 2017, Trump had “fawned” over Putin and apologized for not calling him earlier.

In another call, Trump reportedly sought advice from Putin on how to befriend North Korean leader Kim Jong Un.

“We are not sure that this article can be regarded as reliable information,” Kremlin spokesman Dmitry Peskov told reporters, referring to the Post story.

“Generally, we believe that such stories must be taken with a large grain of salt and a lot of caution.”