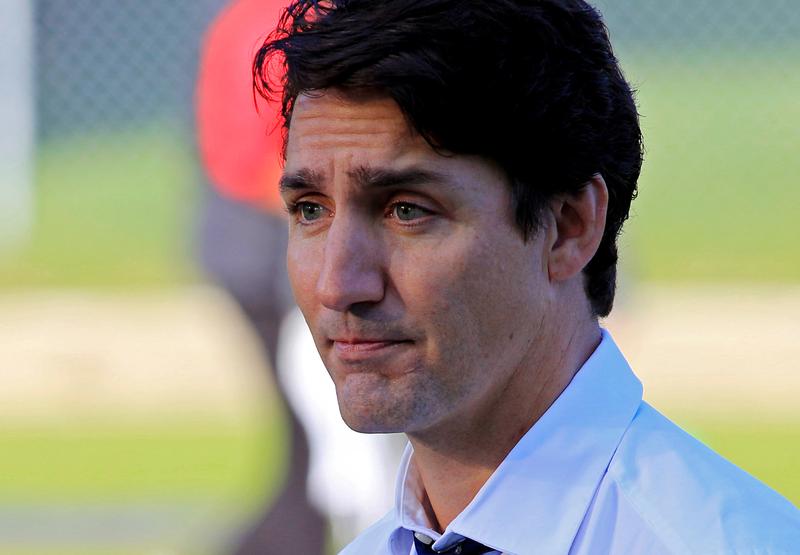 (Reuters) – Canadian Prime Minister Justin Trudeau’s brownface picture scandal deepened on Thursday as other images of him emerged wearing dark makeup only hours after he had apologized for what he characterized as a racist act at a 2001 costume party.

With less than five weeks to go before a national election, Time magazine published a picture of him on Wednesday in brownface from an “Arabian Nights” party when he was a 29-year-old teacher at a private school in Vancouver.

The scandal is similar to cases in the United States of politicians or other public figures donning blackface, a practice that dates back to 19th century minstrel shows that caricatured slaves. It has long been used to demean African-Americans.

While Canada and the United States have close economic and cultural ties, the history and politics of race in the two countries are different.

Slavery existed in Canada but it was on a smaller scale than in the United States. Most discussions of racism in Canada today focus on the treatment of immigrant communities and indigenous people. About one in five Canadians were born overseas, according to Statistics Canada.

Here are some recent instances of reaction to practicing or defending the use of blackface in the United States:

– Virginia Democratic Governor Ralph Northam came under fire for having appeared in blackface after a conservative website released a photograph from his 1984 medical school yearbook page showing one person in blackface and another wearing Ku Klux Klan robes. Northam denied being one of the two people in the picture but admitted to putting on blackface to imitate pop star Michael Jackson in the 1980s. He has stayed in office despite calls for his resignation.

– Florida’s Republican secretary of state, Michael Ertel, resigned on Jan. 24 after the Tallahassee Democrat newspaper published photos from a Halloween party 14 years earlier showing him in blackface wearing a T-shirt reading: “Katrina Victim,” a reference to the hurricane that devastated New Orleans. Ertel apologized in a Facebook post, according to media reports.

– Two University of Oklahoma students withdrew from school in January after a video posted to social media showed one young woman painting her face black and using a racial slur while another student filmed. The Snapchat post set off an eruption online, with many fellow students calling for expulsion. The university condemned the incident in a letter announcing the students’ decision to leave.

– Television anchor Megyn Kelly left her NBC morning show, “Megyn Kelly Today,” in 2018 after making on-air remarks defending blackface as part of Halloween costumes. Kelly apologized the next day, but her show was canceled and she left the network.

– Edwardsville, Illinois, Mayor Hal Patton, was running for the state Senate in 2018 when the Belleville News-Democrat newspaper published a photo of him in blackface at a Halloween party a decade earlier. Patton, who admitted in a statement to local media that the photo was of him dressed as a rapper, lost the race.

– Actress Julianne Hough angered fans and fellow celebrities in 2013 by painting her face black when she dressed up for Halloween as the character ‘Crazy Eyes’ from the Netflix series “Orange Is the New Black.” Facing criticism from Twitter users, Hough apologized.