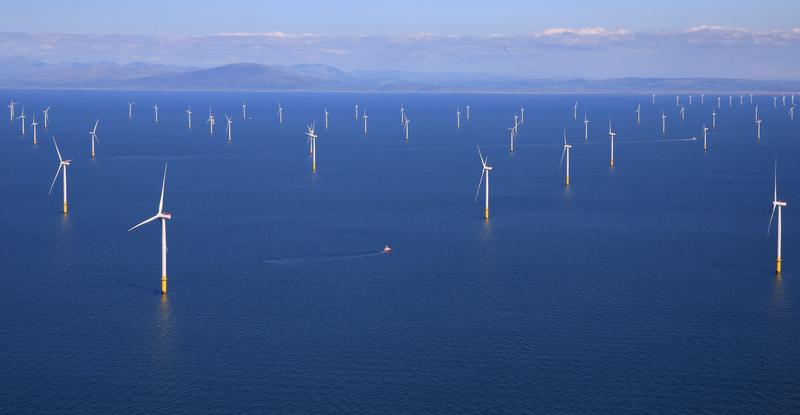 LONDON (Reuters) – Britain has awarded record low subsidies to twelve renewable energy projects capable of generating enough power for some 7 million homes, the government said on Friday, as a drop in the cost of offshore wind projects curbs the need for state support.

The bulk of the capacity will come from new offshore wind projects, with Innogy, SSE and Equinor among the winners.

Britain is already the world’s largest offshore wind market, and plans to generate a third of its electricity from the technology by 2030 as a part of efforts to reach its 2050 net zero carbon emissions target.

“Seizing the opportunities of clean energy not only helps to protect our planet, but will also back businesses and boost jobs across the UK,” Britain’s Prime Minister Boris Johnson said.

Britain, which aims to lift industrial productivity as it leaves the European Union, is the world’s biggest offshore wind market with almost 40% of global capacity.

It is also seeking to increase renewable power capacity as a part of efforts to meet its 2050 net zero climate goal.

Thousands of students took to the streets of Asia-Pacific countries on Friday to kick off a global strike demanding world leaders gathering for a U.N. climate summit adopt urgent measures to stop an environmental catastrophe.

Under Britain’s so-called contract for difference (CfD) scheme, qualifying projects are guaranteed a minimum price at which they can sell electricity, and renewable power generators bid for CfD contracts in a round of auctions.

The lowest price awarded was 39.65 pounds per megawatt hour (MWh), around 30% lower than the subsides awarded to offshore wind projects at the last auction in 2017.

The cost of offshore wind projects has plummeted over the last few years, as developers utilise larger turbines, capable of generating more electricity.

If the wholesale power price rises above the CfD strike price the power generators will pay back the extra cash to the government, meaning the projects could ultimately be subsidy free.

“The sector has targeted innovation, competition and skills to bring costs down, and at the same time the UK Government’s supportive frameworks and instruments have boosted investor confidence,” Hans Bunting, chief operating officer for renewables at Innogy SE, said in a statement.