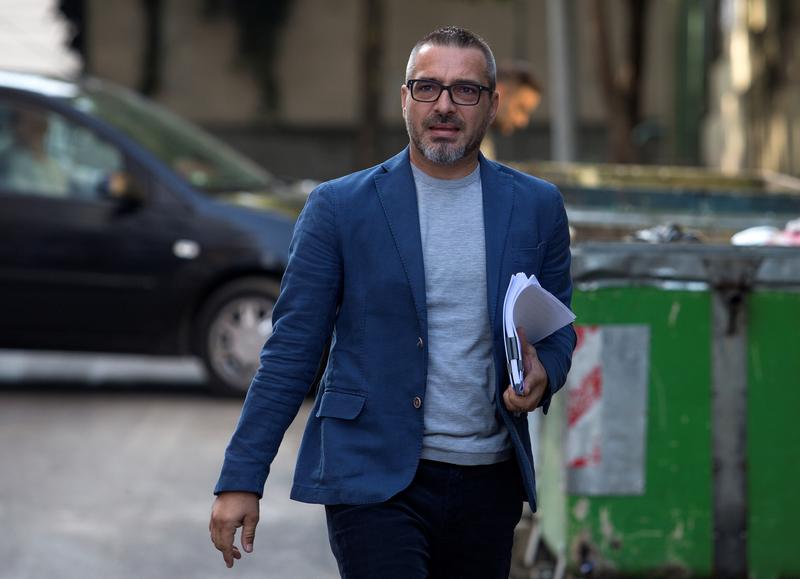 Albania’s former Interior Minister Saimir Tahiri looks on as he arrives at the court in Tirana, Albania September 19, 2019. REUTERS/Florion Goga

TIRANA (Reuters) – An Albanian court found former interior minister Saimir Tahiri guilty on Thursday of abuse of office but innocent of trafficking drugs, and sentenced him to three years probation.

Prosecutors wanted Tahiri, once one of the closest associates of Prime Minister Edi Rama, jailed for 12 years on charges of corruption, drug trafficking and being part of a criminal group, in a case that has rocked the leftist administration.

The ruling comes a month before European Union member states, keen to see Tirana step up its fight against corruption, meet to decide whether to back Albania’s bid to start accession talks recommended by the EU Commission.

“The court said I am not a criminal or a drug trafficker, and am not part of a criminal group, but found me guilty of abuse of office because I have used the same car with some cousins,” Tahiri told reporters after the verdict, which was issued six hours later than scheduled.

Prosecutors moved against him after phone-call transcripts of drug traffickers arrested in Italy allegedly suggested that Tahiri, a distant cousin of theirs, had abetted their crime ring.

Ruling Socialist lawmakers rejected calls to lift Tahiri’s immunity from prosecution last year, but he waived it himself in May after EU states asked Tirana to seriously fight corruption if it wanted to join.

One of the rising stars of the Socialist Party when he was named interior minister in 2013 at just 34 years of age, Tahiri started modernizing the police force and ended industrial scale production of cannabis in the lawless enclave of Lazarat in early 2014.

However, cannabis subsequently spread all over the Balkan nation and traffickers have landed cargos of up to a tonne in Italy.

Albania is currently vetting its judges and prosecutors for corruption to end a history of impunity for top officials, as it aims to satisfy EU entry requirements.