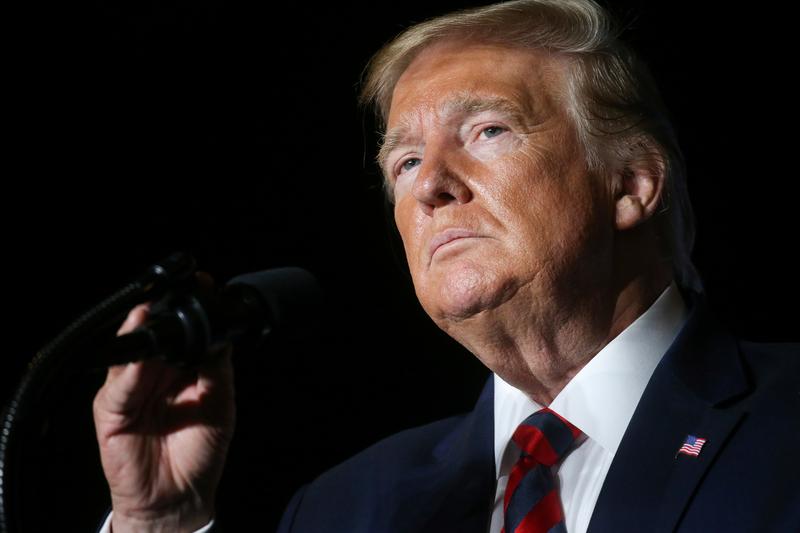 WASHINGTON (Reuters) – U.S. President Donald Trump on Wednesday said the Federal Reserve should lower U.S. interest rates to “zero or less” to help “refinance our debt” with lower interest costs and a longer term, and blamed the central bank’s chief for missing a “once in a lifetime opportunity.”

“We have the great currency, power, and balance sheet… The USA should always be paying the … lowest rate. No Inflation!” Trump wrote in a pair of early posts on Twitter.

The Republican president has repeatedly called for lower interest rates and blasted Powell and the Fed for not quickly and drastically cutting them, which he sees as necessary to boost U.S. economic growth as he eyes reelection next year.

“It is only the naïveté of (Fed Chairman) Jay Powell and the Federal Reserve that doesn’t allow us to do what other countries are already doing. A once in a lifetime opportunity that we are missing because of ‘Boneheads’,” Trump tweeted.

On Friday, Powell said the Fed would act appropriately to help maintain U.S. economic expansion and that political factors played no role in the central bank’s decision making process.