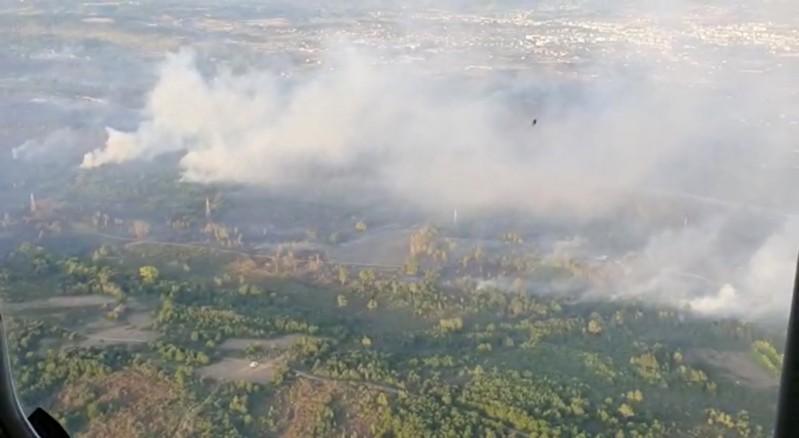 Fanned by strong winds amid hot and dry weather, the wildfires have destroyed over 500 hectares of forest so far.

Regional authorities said two fires burning since Thursday in the municipalities of Barbantes and Monforte de Lemos have been stabilized but another two, in Fisterra and Porto do Son, remained active.

In October 2017, Galicia suffered from a wave of deadly wildfires that were fanned by gusty, shifting winds and killed at least four people, at the same time as in neighboring Portugal 45 people died in similar blazes.

Last month, massive wildfires on the Spanish island of Gran Canaria left a path of destruction of 10,000 hectares, mostly in protected natural parks.