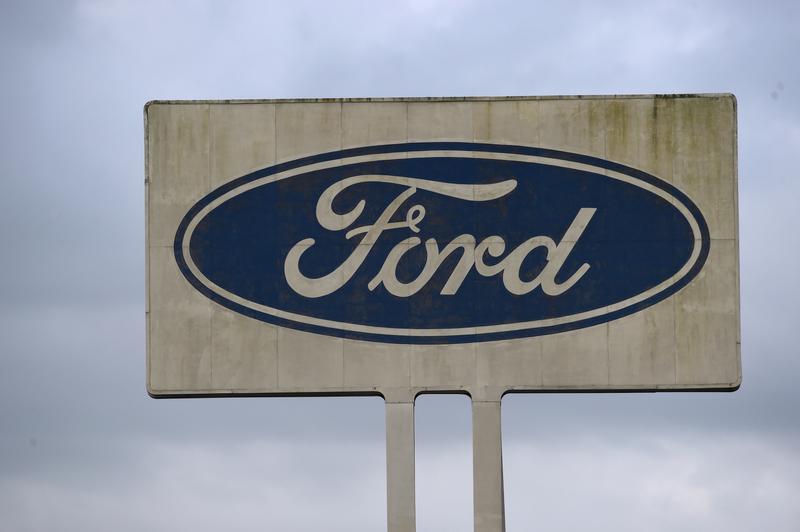 WASHINGTON (Reuters) – The U.S. Justice Department is investigating whether the decision of four automakers in July to reach a voluntary agreement with California to adopt state emissions standards violated antitrust law, people briefed on the matter said.

FILE PHOTO: A view of the Ford sign at the engine plant at Bridgend, Wales, Britain June 6, 2019. REUTERS/Rebecca Naden

The antitrust division has sent a letter to the automakers indicating the Justice Department had opened a preliminary inquiry, the people said, and comes as the Trump administration has ramped up its opposition to automakers seeking to sidestep it on rolling back Obama-era fuel efficiency rules.

In July, Ford Motor Co (F.N), BMW AG (BMWG.DE), Volkswagen AG (VOWG_p.DE) and Honda Motor Co (7267.T) said they had reached a deal to adopt standards that were lower than Obama-era rules but higher than the Trump administration’s 2018 proposal.

Ford said on Friday it had “received a letter from the Department of Justice and will cooperate with respect to any inquiry.”

In a statement, Honda said it was cooperating with the Justice Department. The probe is in its early stages, the people said.

Volkswagen said in a statement, “We are in regular contact with U.S. authorities on a number of matters, but do not comment on specific private communications we may or may not receive.”

Trump has repeatedly attacked automakers for working with California. The automakers are defying Trump and his administration’s effort to strip the state of the right to fight climate change by setting its own standards.

On Thursday, Reuters reported the administration was moving forward with plans to strip California of its waiver under the Clean Air Act to set its own vehicle emissions rules and requiring a rising number of zero emission vehicles.

General Motors Co (GM.N) has not backed the voluntary agreement, arguing that it does not properly credit the company’s electric vehicles.

The Obama-era rules called for a fleetwide fuel efficiency average of 46.7 miles (75.2 km) per gallon (mpg) by 2026, compared with 37 mpg (60 kpg) under the Trump administration’s preferred option.

The Trump plan’s preferred alternative would hike U.S. oil consumption by about 500,000 barrels per day in the 2030s while reducing automakers’ collective regulatory costs by more than $300 billion.