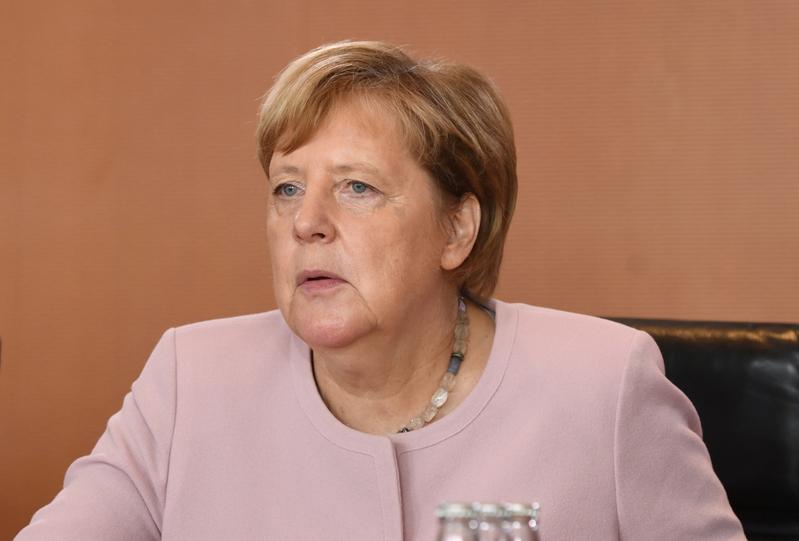 BEIJING (Reuters) – German Chancellor Angela Merkel said at the start of a visit to Beijing on Friday that the China-U.S. trade war affects the whole world and that she hopes it will be resolved soon.

Germany’s firms have been caught in the crossfire of a U.S.-China trade conflict, its economy contracted on weaker exports in the second quarter, and leading economists say it is facing a recession.

But while U.S. President Donald Trump has pressed American companies to look at ways to close their Chinese operations and make more of their products at home, Merkel wants to start a new phase in the European Union’s relations with China.

“We hope that there will be a solution in the trade dispute with the United States since it affects everybody” in the world, Merkel told Chinese Premier Li Keqiang at Beijing’s Great Hall of the People during a two-day trip to China.

China and the United States are due to resume trade talks this month, with more senior consultations next month in Washington.

Merkel has pushed for a European investment deal with Beijing, even as Washington has resorted to waves of tariffs to counter what it says are China’s unfair trade practices. The United States’ European allies, including Germany, largely share its criticisms of China, but not Trump’s choice of tariffs to resolve the issues.

Merkel said that Germany is open for Chinese investment and she welcomes all Chinese companies to invest in the country. However, she added that Germany checks investments in certain strategic sectors and critical infrastructure.

Germany, which traded almost 100 billion euros ($111 billion) in goods with China in the first half of 2019, holds the rotating EU presidency in 2020, when Merkel is planning an EU-China summit with a view to achieving a common European stance toward the world’s second-largest economy.

That summit would aim to counter what Berlin sees as China’s divide-and-rule approach to dealing with the European bloc, as Beijing promotes global infrastructure projects under its Belt and Road development initiative that has made it an influential player in poorer eastern EU countries, such as Hungary and Greece.

Ahead of her departure for China, a prominent Hong Kong activists wrote to the chancellor urging her to be guided by her memories of life in dictatorial East Germany, and to be on her guard in her talks and business dealings with Beijing.

Hong Kong leader Carrie Lam on Wednesday withdrew an extradition bill that triggered months of often violent protests so the Chinese-ruled city, but some protesters said the move was not enough.