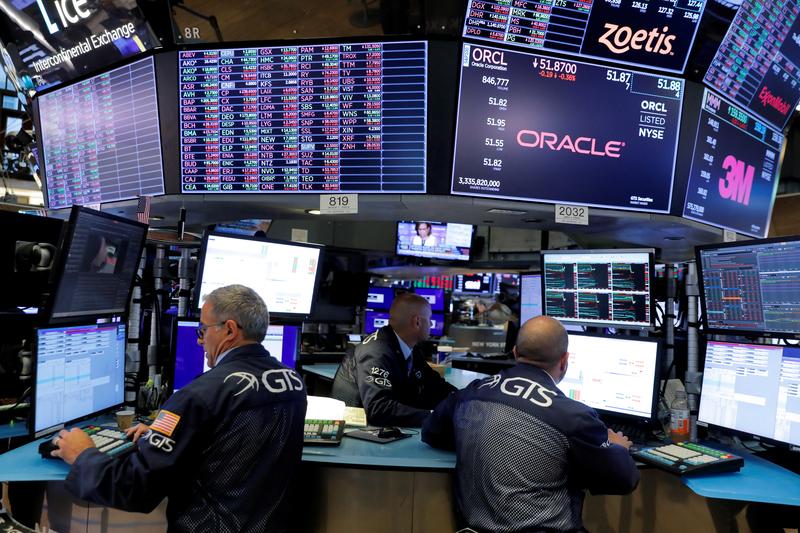 The announcement that top negotiators from the United States and China will meet in early October in Washington raised hopes of a possible resolution to the two countries’ brutal trade war that has shaken markets and wreaked havoc on the global economy.

The news built on Wednesday’s tide of optimism after the British parliament blocked a no-deal exit from the European Union and Hong Kong scrapped the extradition bill that sparked riots.

“Yesterday we had two big geopolitical risks diminish, Hong Kong and Brexit,” said Oliver Pursche, chief market strategist at Bruderman Asset Management in New York. “And today we had trade, the biggest of them all, diminish.

“It’s clear that stock prices are very much correlated and influenced by the political winds surrounding trade,” Pursche added.

U.S. private payrolls increased in August at their fastest pace in four months, according to ADP, blowing past analyst estimates ahead of Friday’s more comprehensive jobs report from the Labor Department.

A separate report showed the U.S. services industry rebounded last month to its fastest expansion since February, bouncing back from a three-year low, according to the Institute for Supply Management’s non-manufacturing purchasing managers index (PMI).

News of the impending trade talks sent U.S. Treasury yields soaring on hopes that a long-elusive deal might remove an impediment to growth.

The dollar held its losses against a basket of world currencies following the upbeat U.S. jobs data. Earlier, the news of renewed trade talks weighed on the dollar and the yen while boosting riskier currencies.

The pound sterling, however, rose to its highest level against the greenback in over a month on hopes that a no-deal Brexit could be avoided.

The tide of trade optimism and a sharp decrease in U.S. crude inventories lifted oil prices.