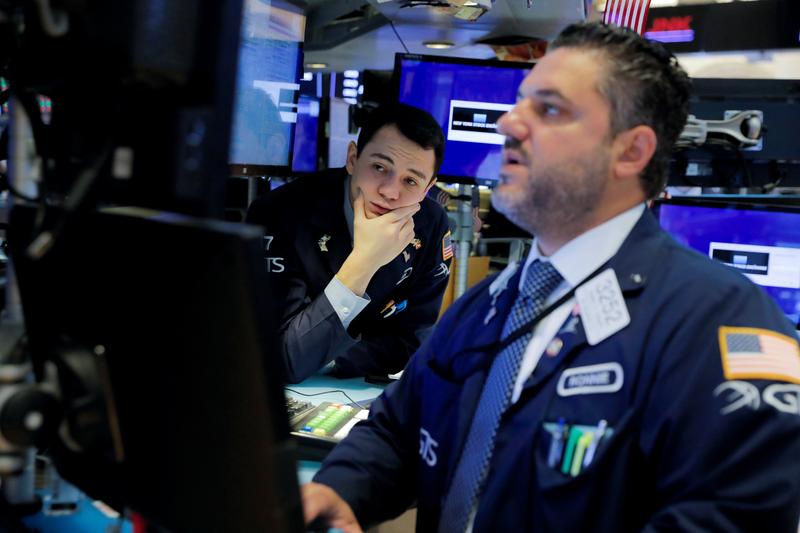 (Reuters) – U.S. stocks fell on Tuesday as data showed factory activity shrank for the first time since 2016 in August, renewing fears that a drawn-out trade war between the United States and China could tip the world’s largest economy into recession.

The Institute for Supply Management said its index of national factory activity dropped to 49.1, compared with a reading of 51.1 estimated by analysts polled by Reuters.

The weak data also pushed the benchmark 10-year yield US10YT=RR to its lowest level since July 2016. Shares of banks .SPXBK, which typically come under pressure in a low interest rate environment, slid 2%.

“Sentiment was already poor to start the day and then the weaker-than-expected manufacturing data just added fuel to the fire,” said Dave Mazza, managing director and head of product at asset management firm Direxion in New York.

“We now have confirmation that the escalation in the trade war has spilled over to U.S. manufacturing just as it has to manufacturing around the globe,” he added.

U.S. stocks started the day on weak footing as Washington and Beijing kicked off a new round of tariffs over the weekend, worrying investors who see no signs of an early resolution to the long-running trade war, which has rattled markets for months and weighed on world economies.

Rising OPEC and Russian production, combined with demand concerns due to a global economic slowdown dragged down oil prices and drove a 1.3% drop in energy shares .SPNY.

Boeing Co shares (BA.N), tumbled 3.2%, weighing the most on the Dow, after the Federal Aviation Administration said on Friday a global panel of experts will need a few more weeks to finish its review into the company’s 737 MAX certification.

Investors will also keep a close watch on the monthly jobs report due on Friday, which is expected to offer clues on the likelihood of another rate cut from the Federal Reserve at its mid-September meeting.

The disappointing manufacturing data is not out of sync with the market’s expectation of a 25 basis point rate cut this month but weaker-than-expected non-manufacturing data may change the central bank’s perspective on cutting rates further, Mazza said.

Reporting by Uday Sampath and Shreyashi Sanyal in Bengaluru; Editing by Anil D’Silva and Arun Koyyur