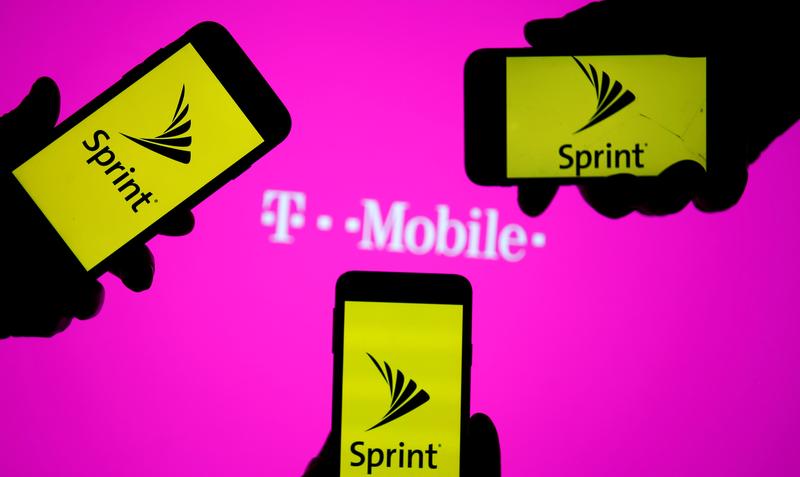 FILE PHOTO: A smartphones with Sprint logo are seen in front of a screen projection of T-mobile logo, in this picture illustration taken April 30, 2018. REUTERS/Dado Ruvic/Illustration/File Photo

WASHINGTON (Reuters) – Illinois has joined a multistate lawsuit aimed at stopping the merger of U.S. wireless carriers T-Mobile US Inc (TMUS.O) and Sprint Corp (S.N), the New York attorney general’s office, which is leading the effort along with California, said on Tuesday.

Illinois joins 15 other states and the District of Columbia in seeking to stop the $26 billion merger, which the states argue will lead to higher costs for consumers.

A spokeswoman for T-Mobile said the company had no comment.

“With Illinois’ addition to our lawsuit, more than half the U.S. population is now represented by states that are suing to block the anti-competitive megamerger of T-Mobile and Sprint,” said New York Attorney General Letitia James.

Last month, a U.S. District Court in Manhattan ordered that the trial be delayed to Dec. 9, a victory for the states which had said they needed more time to investigate the deal.

The Justice Department has signed off on the merger while the Federal Communications Commission has indicated it plans to approve it, and has begun the process of formally doing so.