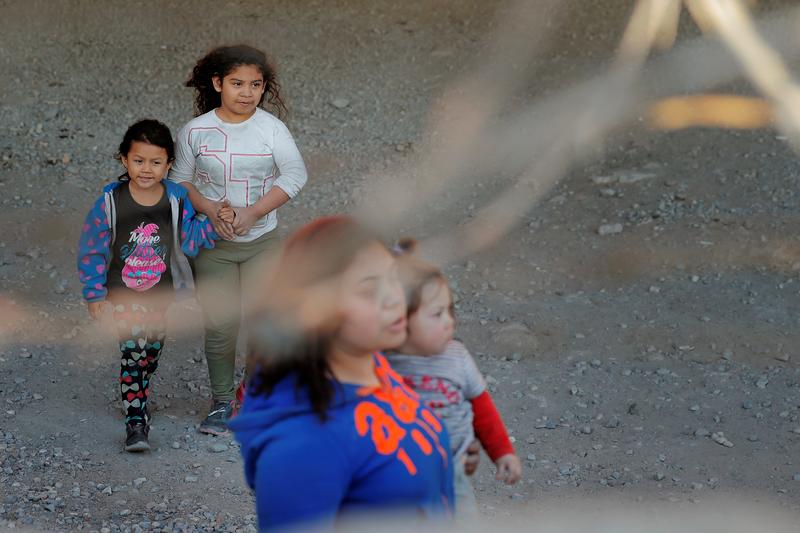 FILE PHOTO: Children walk inside an enclosure, where they are being held by U.S. Customs and Border Protection (CBP), after crossing the border between Mexico and the United States illegally and turning themselves in to request asylum, in El Paso, Texas, U.S., March 29, 2019. REUTERS/Lucas Jackson/File Photo

(Reuters) – The Trump administration is expected to announce new rules that would allow the government to detain families with children crossing the U.S. border longer, according to ABC News, citing two government officials it said were familiar with the plan.

The announcement may come as soon as Wednesday, ABC said.

A decades-old legal settlement called the Flores agreement establishes how long migrant children can be detained and the conditions of their detention, generally 20 days or less.

Earlier this month, the Trump administration unveiled a rule that some experts say could cut legal immigration in half by denying visas and permanent residency to hundreds of thousands of people for being too poor.