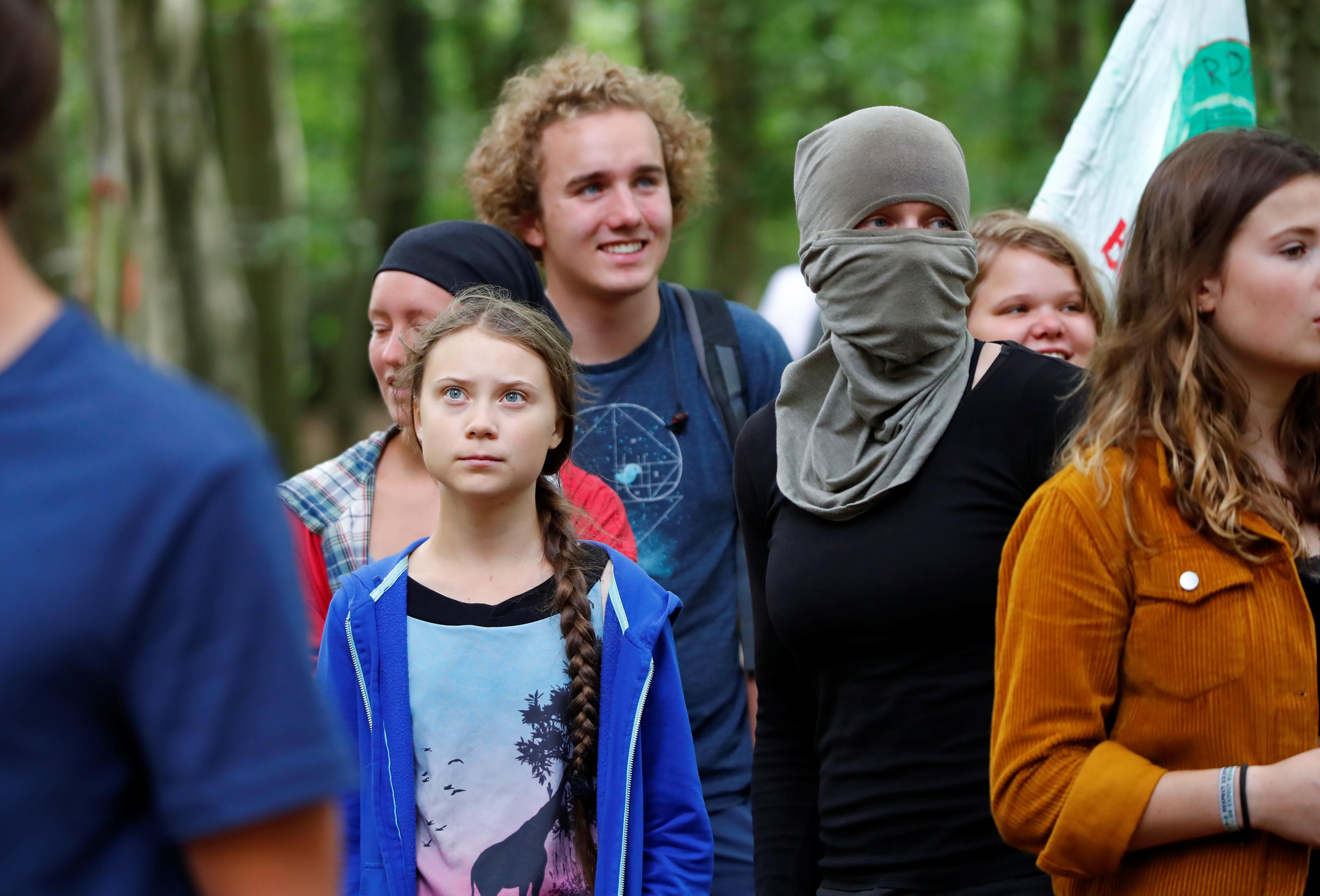 FRANKFURT (Reuters) – Swedish teenage climate activist Greta Thunberg, on a visit to a German anti-coal protest camp, questioned whether the country should continue to use the fuel to generate power for another 20 years as the government plans.

Thunberg, the most visible spokeswoman of the Fridays for Future movement of students striking to demand climate action, was talking to reporters at the western German Hambach forest near Cologne.

The area has become a symbol of protest against the coal industry, prompting utility RWE to give assurances it would not touch the forest until late 2020, although it had hoped to clear it for brown coal mining and burning activities.

“If we are to stay below 1.5 degrees of temperature rise, then science says that Germany can probably not continue to burn coal. I mean, another 20 years,” Thunberg said.

“That is not my opinion or what I think, that’s what science says,” she added.

Plans to stop using coal by 2038, recommended by a government-appointed commission in January, and to abandon nuclear by 2022 are part of Germany’s costly transition to renewables, known as the Energiewende.

While details still have to be worked out, critics of the schedule say the country is not moving quickly enough to ditch fossil fuels, hampering progress in the reduction of greenhouse emissions that contribute to climate change.

Thunberg called it “disturbing” that ecosystems and villages in the Hambach forest region should give way to coal-related activities and said the protest was “very admirable”.

She plans to cross the Atlantic to New York on a racing yacht next month, to avoid flying there, in order to speak at a climate summit and join demonstrations.

“Me speaking to the U.N. is not going to change the situation but if that can help to create awareness…then I think that together we can try to…make a change,” Thunberg said.

RWE and peers like Uniper and EnBW have canceled future investment in new coal-fired power and are investing in alternative sources of energy but still operate heavily polluting coal capacity.