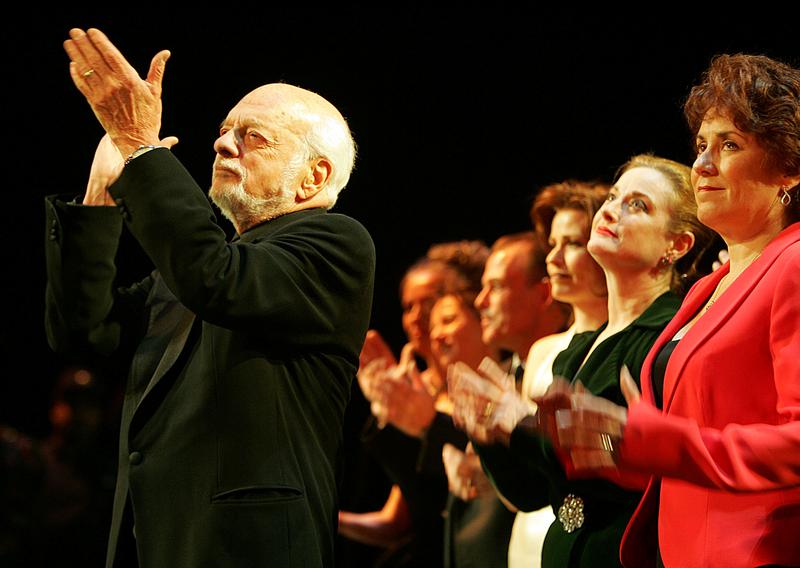 FILE PHOTO: Director Harold Prince (L) applauds during the curtain call of ‘The Phantom of the Opera’ in New York City on January 9, 2006. REUTERS/Seth Wenig

(Reuters) – Harold “Hal” Prince, who won a record 21 Tony Awards as producer and director of some of Broadway’s biggest hits of the second half of the 20th century including “The Phantom of the Opera,” “West Side Story,” “Fiddler on the Roof,” “Cabaret” and “Evita,” died on Wednesday at age 91.

Prince died after a brief illness in Reykjavik, Iceland, his publicist said.

Reporting and writing by Will Dunham; Additional reporting by Lisa Richwine; Editing by Bill Trott and Chris Reese