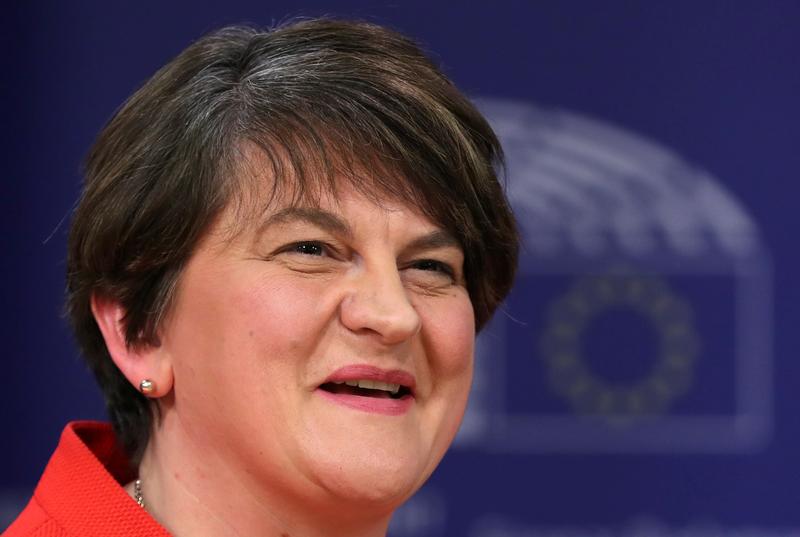 DUBLIN (Reuters) – The head of the Northern Ireland party that is propping up British Prime Minister Boris Johnson’s government said on Wednesday she believed a deal can be done between Britain and the European Union on solving an impasse over the Irish border.

“There are ways to deal with this issue if there is a willingness on both sides,” Democratic Unionist Party Arlene Foster told journalists after meeting Johnson in Belfast. “So I hope Dublin will dial down the rhetoric and there will be a willingness to engage with our prime minister.”