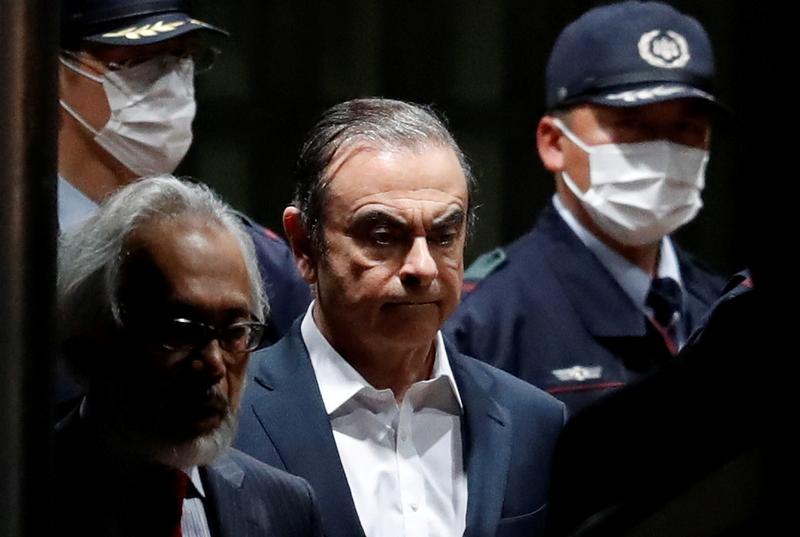 AMSTERDAM (Reuters) – Carlos Ghosn has launched a court case in the Netherlands against Japanese carmakers Nissan Motor (7201.T) and Mitsubishi Motors (7211.T), who ousted him as chairman of their alliance last year on charges of embezzlement, Dutch newspaper NRC reported on Saturday.

Ghosn is seeking 15 million euros ($16.8 million) in damages from the carmakers, as grave mistakes were made when he was sacked, NRC reported, citing his lawyer.

“In the Netherlands, if you want to fire an executive you have to first tell him what he’s being accused of, and you have to provide him with the evidence for the accusations. Neither of those things has happened,” lawyer Laurens de Graaf told NRC.

Ghosn fell from grace late last year when he was arrested in Japan and sacked by Nissan on charges of financial misconduct, which he denies. He has also been fired as the CEO and chairman of French carmaker Renault (RENA.PA).

Ghosn was freed in April from jail in Japan on a $4.5 million bail.

Among other charges of fraud and misconduct, Nissan and Mitsubishi have said Ghosn improperly received $9 million in compensation from their joint venture.

Suspect expenses Ghosn made when he chaired Renault and Nissan amounted to about 11 million euros, Renault’s board said in June.

Ghosn holds French, Lebanese and Brazilian citizenship, but opted for the fiscally more friendly Netherlands as his tax domicile in 2012. The holding company for the Nissan-Mitsubishi alliance is also incorporated in the Netherlands.

The district court in Amsterdam is reviewing the case but has not set a trial date yet, NRC said.

Sanders to be in focus at South Carolina debate as rivals aim to slow his surge
On the trail: Democrats slam Trump’s coronavirus response
IOC president ‘fully committed’ to holding Olympics on schedule: media
Facebook cancels conference, Microsoft withdraws from another on coronavirus
China to Russia: End discriminatory coronavirus measures against Chinese