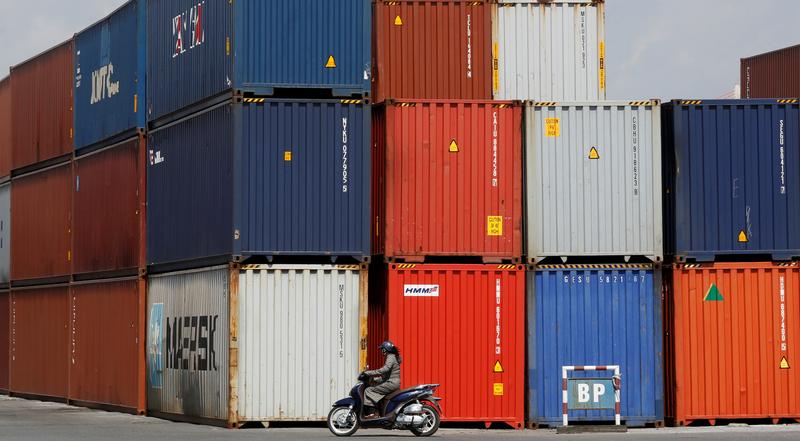 A woman rides a motorcycle as she passes containers at Hai Phong port, Vietnam September 25, 2018. REUTERS/Kham

HANOI (Reuters) – The European Union signed a landmark free trade deal with Vietnam on Sunday, the first of its kind with a developing country in Asia, paving the way for tariff reductions on 99% of goods between the bloc and the Southeast Asian country.

The two sides announced the deal in a statement.

It still needs the approval of the European Parliament, which is not a given as some lawmakers are concerned about Vietnam’s human rights record.

The European Union has described the EU-Vietnam Free Trade Agreement (EVFTA) as “the most ambitious free trade deal ever concluded with a developing country”.