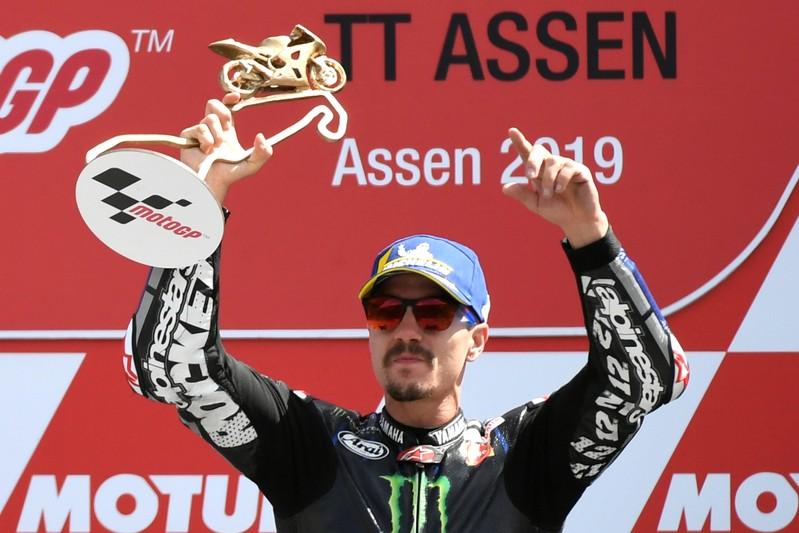 French rookie Fabio Quartararo, who started on pole position for the second race in a row, finished third for the Petronas Yamaha team.

Marquez now has 160 points to 116 for Italian Andrea Dovizioso, who finished fourth for Ducati, after eight of 19 races.