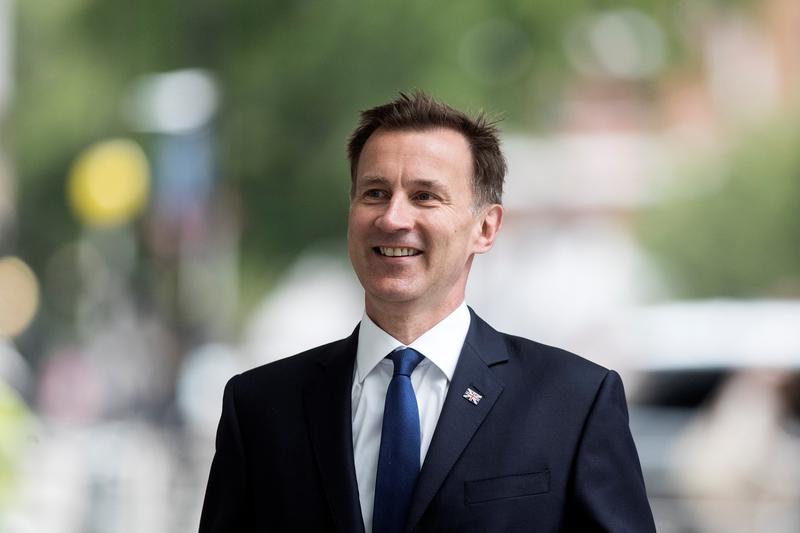 LONDON (Reuters) – Jeremy Hunt would decide to take Britain out of the European Union without a deal on October 31 if it becomes clear at the beginning of that month that there is no prospect of getting an agreement through parliament.

Battling the favourite Boris Johnson to replace Theresa May as prime minister, Foreign Secretary Hunt said it was his democratic duty to deliver Brexit on time.

“The difference between me and Boris is not as big as people are saying,” he told BBC TV.

“At the beginning of October, if there is no prospect of a deal that can get through parliament, then I will leave at the end of October because that is our democratic promise to the British people.”