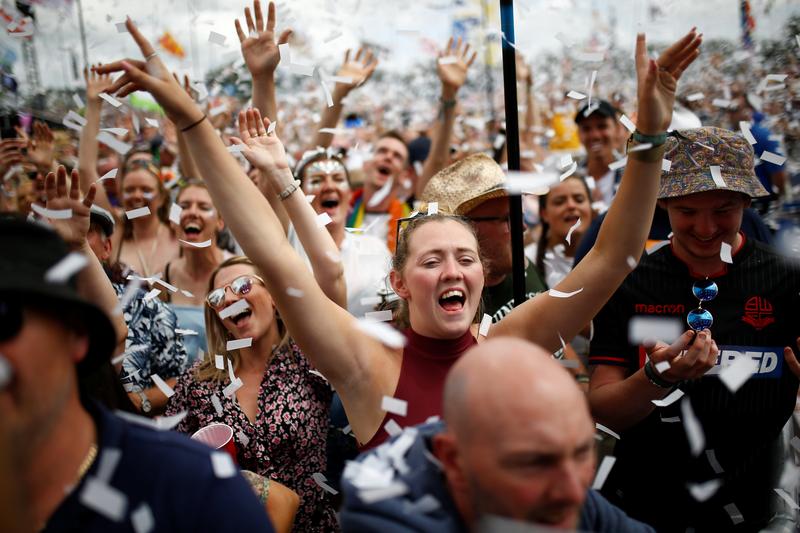 GLASTONBURY, England (Reuters) – The world renowned naturalist David Attenborough appeared on the stage at Glastonbury on Sunday to praise its ban on single-use plastic bottles, delighting festival goers who have instead queued for tap water.

The broadcaster’s Blue Planet II documentary, which has been shown in countries around the world, highlighted the dangers of plastic pollution to marine life and the 93-year-old said the move at the world’s largest greenfield festival would have an impact.

“That is more than 1 million bottles of water that have not been drunk by you in plastic,” he said to cheers and applause. “Thank you, thank you”.

Growing calls for action by the public in part prompted around 180 countries to agree last month to sharply reduce the amount of plastic that gets washed into the world’s oceans, the United Nations said.

Glastonbury has banned the sale of water, soft drinks and alcohol in plastic bottles this year. In 2017, the last time the event was held, more than 1 million single-used plastic bottles were sold on site.

Festivals goers were encouraged to bring their own bottles or buy steel flasks that could be filled with water at taps and water kiosks around the site.

Some queues built up at water refill sites in soaring temperatures on Friday and Saturday, but there were few complaints amongst the about 200,000 people on site.

“We’ve never once not been able to fill up, and it’s lovely ice-cold water – so what else would you want?” said Amanda Hawkins from Bristol. “So – no problem at all.”