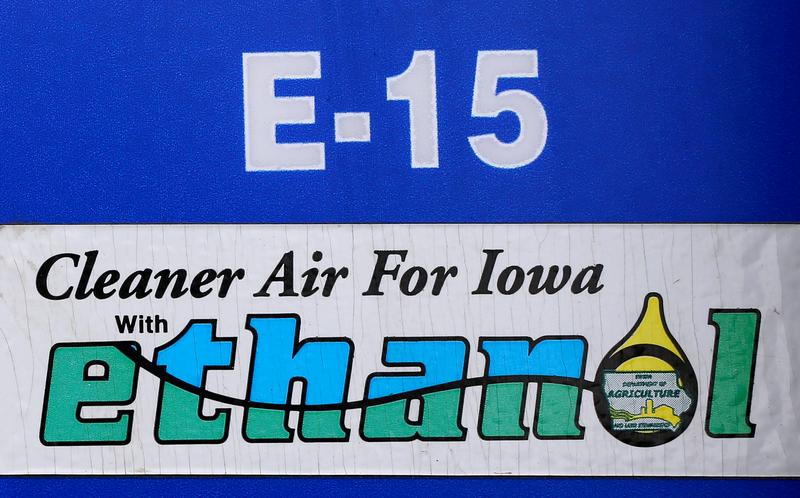 WASHINGTON (Reuters) – The Trump administration on Friday lifted restrictions on the sale of higher ethanol blends of gasoline, keeping a campaign promise to farmers suffering from the trade war with China but drawing a legal threat from the oil industry.

In a nod to the oil industry, the agency also issued new rules to improve transparency in the market for biofuels credits that refiners must acquire under the nation’s biofuel law, but the steps stopped short of what many refiners were seeking.

The widely anticipated action on E15 is a win for the U.S. farm lobby, which has argued the restrictions on E15 hurt growers by limiting demand for corn-based fuel, without providing tangible air quality benefits. Recent research has found little difference in smog risk between E15 and E10, a 10 percent ethanol blend that is already available year-round.

“We estimate this one change will generate over a billion new gallons of ethanol demand in the next five years,” said Emily Skor, chief executive of biofuel trade group Growth Energy, adding it could also boost the market for American grain by some 2 billion bushels over time.

The decision marks a setback for the oil industry, which views biofuels as competition for its petroleum-based fuels and has threatened to sue the Trump administration.

“EPA has left us no choice but to pursue legal action to get this unlawful rule overturned,” said Chet Thompson, the president and CEO of the American Fuel and Petrochemical Manufacturers trade group.

The American Petroleum Institute, which represents the U.S. oil industry, has repeatedly said the administration lacks the authority to unilaterally lift the ban on E15 and that such a move should require an act of Congress.

Environmental groups panned the move, saying it would increase pollution and trigger an expansion of agriculture that would speed wildlife habitat loss.

“Allowing the year-round sale of E15 gasoline is both illegal under the Clean Air Act and will accelerate the destruction of wildlife habitat and pollution of our air, and drinking water,” said Collin O’Mara, president and CEO of the National Wildlife Federation.

The EPA’s top air quality official, Bill Wehrum, said he was not concerned about the legal threats.

“That’s fine, that’s how our world works. We believe we have very good defenses, and we believe we are going to prevail at the end,” he said.

The tension over the policy move reflects how U.S. President Donald Trump has struggled to please both Big Oil and Big Agriculture, two critical constituencies in his reelection effort that have frequently clashed over biofuels.

Trump had ordered the EPA in October to lift the summer E15 ban, cheering corn country ahead of the mid-term elections and putting the EPA on a tight deadline to complete its rulemaking ahead of the summer of 2019. As a concession to the oil industry, he also ordered the EPA to overhaul the biofuels credit market it oversees under the Renewable Fuel Standard, which requires refiners either to blend biofuels into their fuel or purchase credits.

The goal was to address concerns in the refining industry that speculation has in recent years triggered price spikes for the credits, which refiners like Valero Energy Corp and PBF Energy Inc have complained cost them millions of dollars.

But the agency’s final plan for credit market reform, which it billed on Friday as a “win-win” solution for the oil and corn industries, omitted several elements that the oil industry had been seeking.

The plan focuses solely on improving market transparency, while dropping previous proposals like a requirement that buyers sell off excess credits, and limits on what types of traders can enter the market.

Wehrum said the “step-wise” approach would allow the EPA to establish for certain whether market manipulation exists in the RIN market before pursuing other measures to stamp it out: “We’ve looked at the market closely, but so far we have not found any clear evidence of market manipulation.”