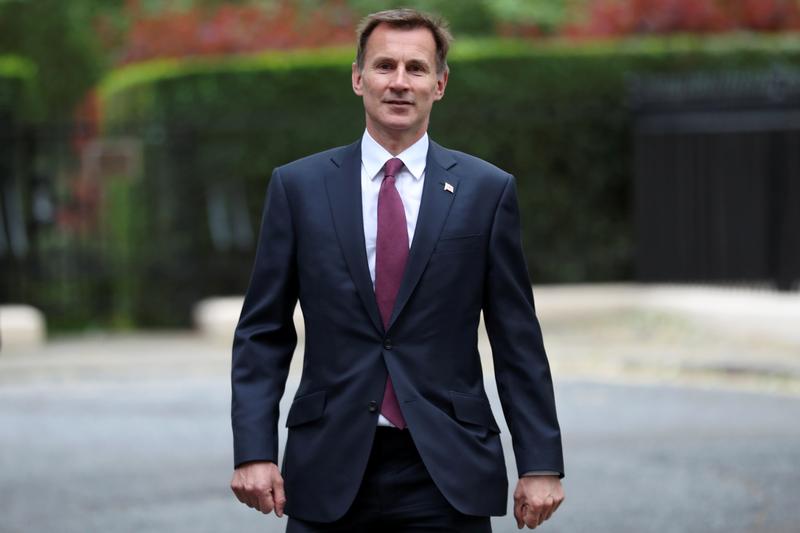 LONDON (Reuters) – Britain should not take a “very hardline approach” to any future Brexit talks as this would prompt a similar response from the European Union, foreign minister and Conservative leadership contender Jeremy Hunt said on Friday.

“We need to deliver Brexit and my job is to make sure we have a debate about how we do that,” Hunt told the BBC in an interview, adding that he hoped to avoid having to choose a no-deal Brexit as the price for leaving the EU.

Hunt has previously said that if he succeeds Theresa May as prime minister, he would rather delay Brexit past the latest Oct. 31 deadline than try to force a no-deal Brexit through parliament, potentially triggering a national election.