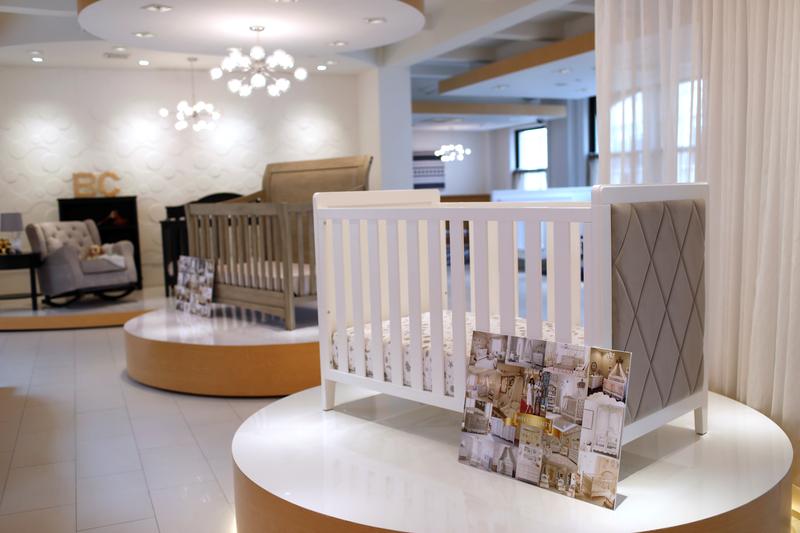 The fee, said O’Brien, who owns two Furniture Market retail stories Modesto, California, will help him cover any added costs he will face due to Trump’s 25% levy on $200 billion of Chinese imports that hits on June 1.

“I don’t have any other option,” he said of his decision to raise prices on all his furniture. “It’s too hard to go through the 5,000 products I have and figure out what’s from China.”

O’Brien is hardly alone. More than a dozen furniture retailers, manufacturers, and vendors interviewed by Reuters described a variety of steps they are taking to mitigate the impact of the tariffs, imposed as part of the escalating trade dispute between Washington and Beijing.

Like O’Brien, some are hiking prices. Others said they are canceling or pausing orders. Still others are imposing tough new contract terms, rerouting sourcing and discussing ways to share costs with each other.

When Trump first imposed 10% tariffs on furniture and other Chinese goods in September, some furniture retailers, wholesalers and manufacturers agreed to divvy up the costs.

For instance, reclining chair and sofa maker Manwah Holdings, which ships around $470 million annually to large U.S. furniture retailers from its factory outside Shenzen, absorbed 5% of the 10% U.S. tariffs.

Now, with tariffs rising to 25%, Manwah is back in negotiations with retailers. “Manwah has committed to additional tariff relief dollars but the amount will be based on an individual conversation with each of our customers,” spokesman Kevin Castellani said in an email.

But such offsets are often limited to the big factories and purchasers, and many in the $114 billion U.S. retail furniture industry are scrambling to cope with a sharp rise in costs from their biggest supplier.

Last year, the U.S. imported $5.7 billion in wood furniture; $5.3 billion in upholstered furniture; $7.2 billion in “metal and other” furniture and almost $1 billion in mattresses from China for residential use, according to an analysis by investment banking and advisory firm Mann, Armistead & Epperson.

Jeff Child, president of Berkshire Hathaway’s RC Willey Home Furnishings, canceled an order for leather chairs and sofas after one Chinese manufacturer declined to help cover the extra tariff. Unable to make the higher price work for his 12-store chain, Child scrapped the 15-container order, worth just over $300,000.

Many of Child’s Chinese manufacturers covered up to half of the 10% tariffs, but the additional 15% is a heavy lift. “It’s a big bite for them too,” Child said.

Children’s furniture is seen displayed in a showroom at New York-based Delta Children, the biggest U.S. supplier of baby furniture from China and other countries to major retailers like Walmart, William-Sonoma Inc’s Pottery Barn and Wayfair Inc. in New York, U.S., May 29, 2019. REUTERS/Mike Segar

For some, the answer to the tariffs has been to look beyond China for supplies.

Manwah, for instance, is more than doubling the size of its factory in Vietnam, which now ships 1,000 containers per month.

U.S. imports of Chinese-made furniture by retailers such as IKEA, Home Depot Inc and Target Corp fell 13.5 percent in the first quarter. That was partly offset by a 37.2 percent rise in shipments from Vietnam and a 19.3 percent increase in imports from Taiwan, according to S&P Global Market Intelligence’s trade data firm Panjiva.

The strategy is not without risks. Alternate countries lack China’s experienced labor force and efficient shipping and manufacturing infrastructure – something that concerns Harvey Karp, chief executive of startup Happiest Baby.

“It’s a complex product so we can’t just go to Vietnam, Indonesia or India,” Karp said.

Karp said paying the 25% tariff would threaten the viability of his business because many parents already consider his $1,295 self-rocking bassinet – sold at Best Buy Co, Crate & Barrel and Amazon.com Inc – too expensive.

Others raised similar concerns about pricing and demand. A typical furniture seller would have to raise the retail price of a table that wholesales for $400 to about $999 from $799 to cover the 25% tariff costs, said Stephen Antisdel, founder of Precept Partners, an e-commerce consultancy.

Big-ticket items like sofas and kitchen tables are subject to sticker-shock and, unlike necessities, are purchases that can be put off by consumers.

“Furniture isn’t food. Rarely is it a case where somebody has to buy it,” Antisdel said.

None of the industry players have enough profit margin to absorb the 25% tariffs, said Wallace Epperson, managing director at Mann, Armistead & Epperson.

“The incremental 15% is really beginning to cut into the meat,” Epperson said.

Big retailers have already begun squeezing the baby furniture supply chain by canceling or pausing orders and demanding contracts that will keep prices the same even with higher tariffs, said Kelly Mariotti, who heads the Juvenile Products Manufacturers Association, which represents about 200 makers of baby furniture and gear.

Top importers of Chinese furniture, including Walmart Inc, Target, Amazon, Home Depot, IKEA and Costco Wholesale Corp, declined to give specifics on how the tariffs are changing purchasing patterns.

It was just recovering from that blow when Trump said he would raise the tariff to 25%. That reignited anxiety among retailers, some of whom have canceled parts of orders.

“The retailers are scared that the consumer is not going to be able to afford products so it’s a trickle-down effect. And the cost of crib, or a child’s bed or car-seat or bassinet is going up by 25%, if not more. The average middle American can’t afford it,” Shamie said.

Reporting by Lisa Baertlein in Los Angeles and Richa Naidu in Chicago; Editing by Vanessa O’Connell and Paul Thomasch