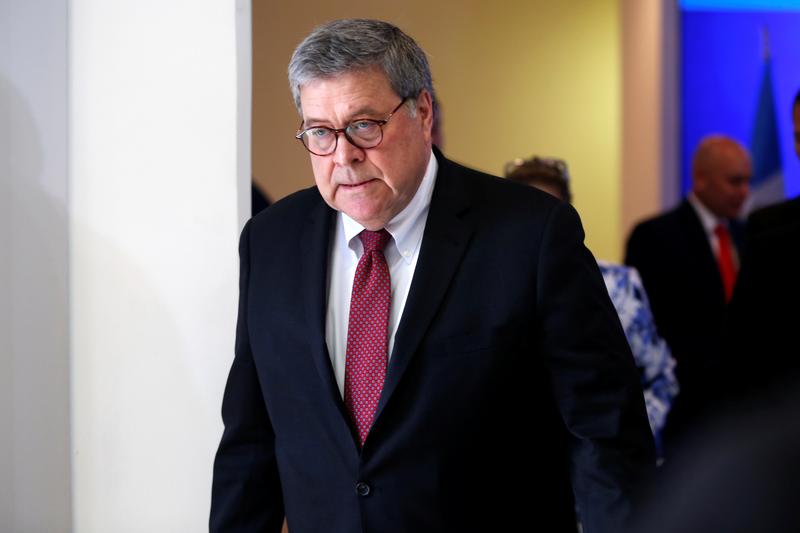 WASHINGTON (Reuters) – U.S. Attorney General William Barr said Special Counsel Robert Mueller, who led a probe into Russian interference in the 2016 presidential election, could have reached a decision on whether President Donald Trump obstructed justice, but chose not to.

Mueller said this week that he could not indict Trump because of a Justice Department policy that prohibits indicting a sitting president, and was not even willing to conclude if a crime was committed out of fairness to the president.

But Barr, a Trump appointee who oversaw the final stages of the Russia investigation, gave a starkly different opinion than Mueller’s – saying the special counsel could have made a judgment call even if he could not indict the president.

“I personally felt he could’ve reached a decision,” Barr said, according to an excerpt released on Thursday from an interview with CBS “This Morning.”

“The opinion says you cannot indict a president while he is in office, but he could’ve reached a decision as to whether it was criminal activity,” Barr added. “But he had his reasons for not doing it, which he explained and I am not going to, you know, argue about those reasons.”

Mueller documented numerous occasions in which Trump sought to quash the probe, including by firing former FBI Director James Comey, but he did not reach a decision one way or the other if Trump had obstructed justice.

Barr and former Deputy Attorney General Rod Rosenstein, however, later concluded on their own that the report lacked ample evidence to charge Trump with obstruction.

Mueller also found multiple contacts between Trump’s campaign and Russia but he did not establish evidence of a criminal conspiracy.

In his first public comments since starting the investigation in May 2017, Mueller appeared to indicate that Congress could take the matter of deciding whether Trump had committed obstruction of justice into its own hands.

Barr, when asked about this on CBS, said he wasn’t sure what Mueller was referring to with that comment.

“The Department of Justice doesn’t use our powers of investigating crimes as an adjunct to Congress,” Barr said.