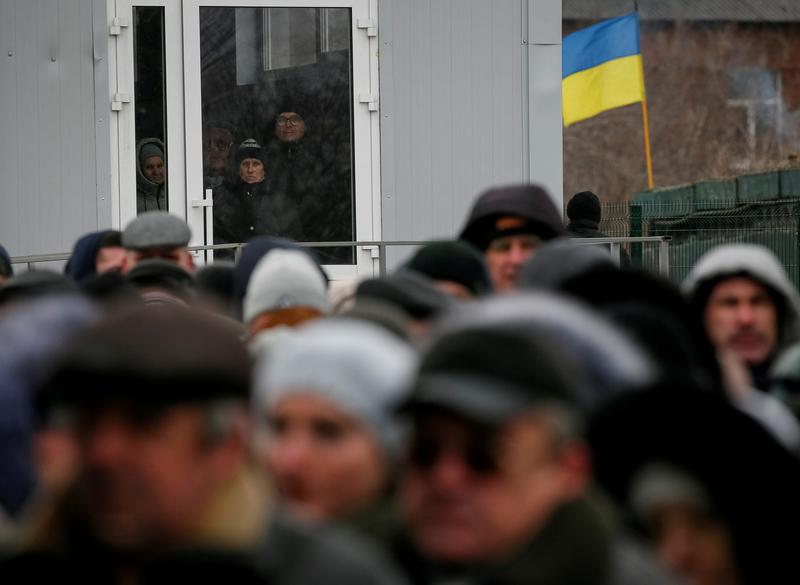 FILE PHOTO: People line up after crossing the contact line between pro-Moscow rebels and Ukrainian troops as they wait at passport control in Mayorsk, Ukraine February 25, 2019. REUTERS/Gleb Garanich/File Photo

MOSCOW (Reuters) – Russian President Vladimir Putin has signed an order simplifying the procedure for obtaining a Russian passport for residents of the rebel-controlled Donetsk and Luhansk regions of eastern Ukraine, the Kremlin said on Wednesday.

Separatist rebellions broke out against Ukrainian rule in both regions in 2014. Moscow provided military help for the separatists, according to evidence gathered by Reuters, though Russian officials have denied providing material support.

Large swathes of the two regions are now under the de facto control of the Moscow-backed rebels, while Kiev says it is determined to re-assert its control, a position backed by most Western countries.

There was no immediate reaction from Kiev to Putin’s order. Ukrainian officials are likely to react angrily to any indication Moscow is drawing the rebel regions closer into its own orbit.