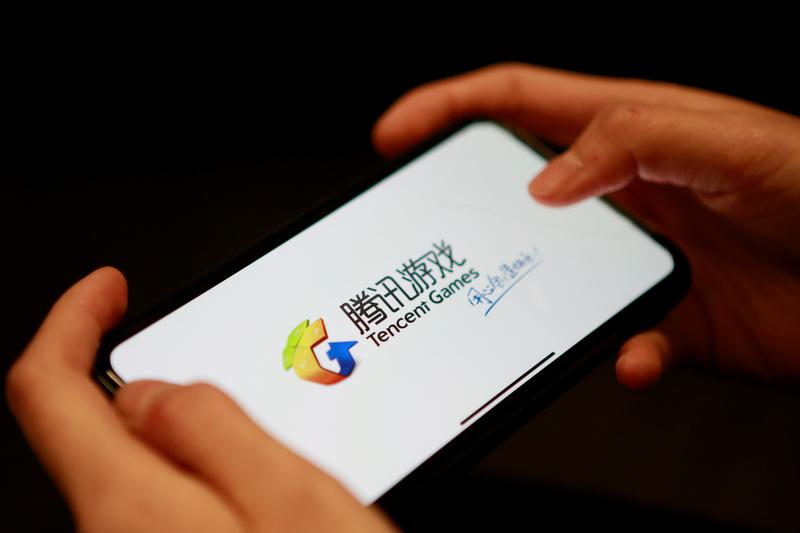 FILE PHOTO: A Tencent Games logo from an app is seen on a mobile phone in this illustration picture taken November 5, 2018. REUTERS/Florence Lo/Illustration/File Photo

BEIJING/SHANGHAI (Reuters) – Chinese tech giant Tencent Holdings Ltd is cutting the marketing budget for its key gaming division, two sources told Reuters on Thursday, amid a crackdown on the industry in the mainland and a lengthy freeze on new game approvals.

The move comes as Tencent, the world’s largest gaming company by revenue, and its peers have faced rising regulatory push back from Chinese authorities, which have not approved any new games since March.

“Marketing funds have been chopped back,” said one of the people, an executive with Tencent Games, asking not to be identified because of the sensitivity of the matter. It was not immediately known by how much the budget had been reduced.

Bloomberg earlier reported, citing an internal letter, that Tencent was cutting branding budgets for gaming and that games without government licenses would have to return their unspent money to the group.

In the internal memo, staff were told the move would help the company “endure the hard times together”, Bloomberg said.

The social media-to-payments firm has made a series of attempts to meet Beijing’s call for tighter controls to combat gaming addiction and increasing near-sightedness among young people.

Authorities in August called for the publishing regulator to control the number of new online video games and to limit the amount of time young Chinese spend playing such games.