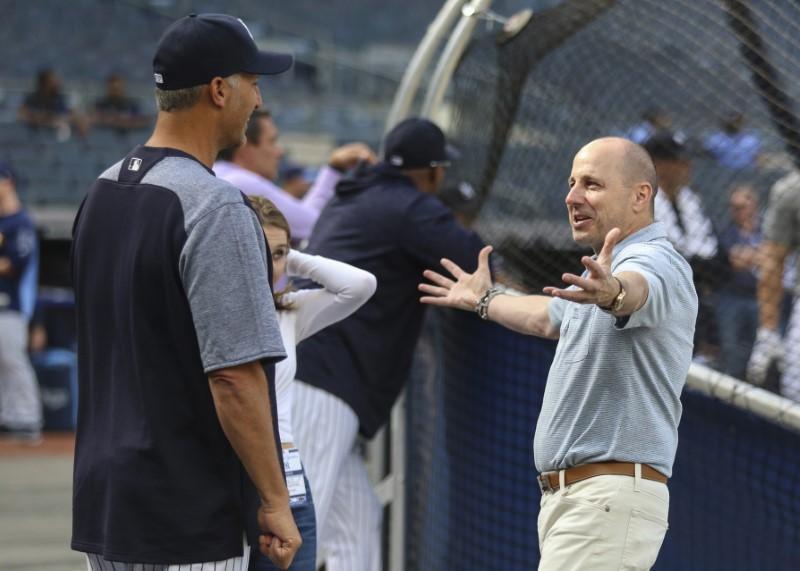 It’s no secret the New York Yankees are looking to add starting pitching ahead of the July 31 trade deadline, with managing general partner Hal Steinbrenner saying earlier this week the area is a concern.

General manager Brian Cashman verified that intent Friday, telling reporters he’s reached out to about 20 teams to gauge the market for starters.

“This team has really earned the right to get reinforced if we can possibly find a way,” Cashman said. “We really like the team we’ve got, and we’d certainly love to make it better if it’s possible.”

It does indeed appear to be possible, as Steinbrenner noted the team “purposely left a decent amount of money for just this.” And with one of the best farm systems in the majors, the Yankees also hold the chips to swing a deal for a premier arm.

“If we decide to go get a pitcher and if a pitcher’s available, I think we definitely have the flexibility that would allow me to do just that,” Steinbrenner said.

Unsurprisingly, phenom rookie Gleyber Torres won’t be dangled in trade talks. The 21-year-old second baseman entered Friday hitting .289 with 13 home runs and 33 RBIs in 45 games and has been deemed untouchable.

“Come on now,” Cashman said, “I’ve got to walk around this city.”

The Yankees have the best winning percentage in baseball at 44-20, but injuries have begun taking a toll on their starting rotation. Left-hander Jordan Montgomery is out for the season after needing Tommy John surgery, and right-hander Masahiro Tanaka hit the 10-day disabled list last week with mild strains in both hamstrings.

Overall, the Yankees are 12th in the majors with a 3.90 rotation ERA. But standing pat is something New York doesn’t often do when it has a shot at a World Series title.

“We’ve got some options for August, September, but again, we’re going to look at anything that comes across our desk,” Steinbrenner said.